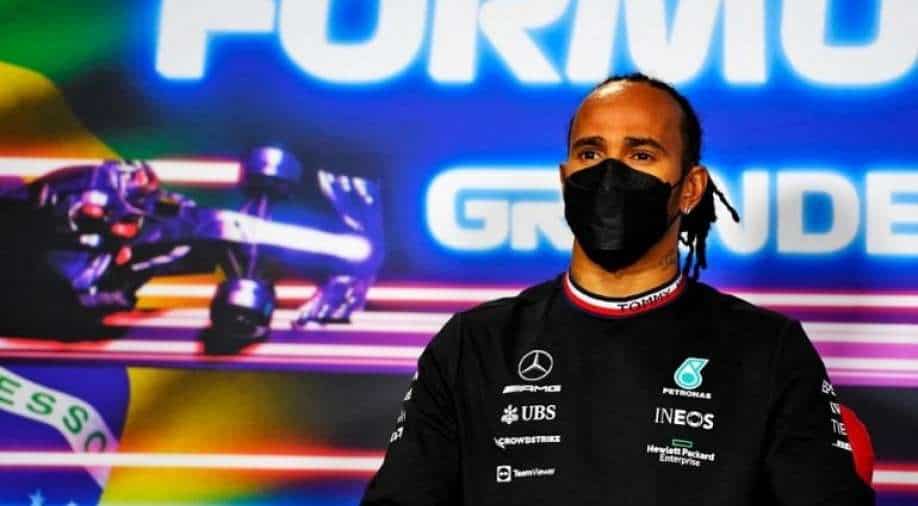 Max Verstappen is 19 points clear of Lewis Hamilton in the Formula One championship with four races remaining.

Lewis Hamilton will take a five-place grid penalty for Sunday's Sao Paulo Grand Prix in another blow to the Briton's hopes of winning a record eighth Formula One world championship this season.

The Mercedes driver is 19 points adrift of Red Bull's Max Verstappen, who is building momentum with four races remaining.

Formula One's governing body confirmed on Friday that Hamilton had taken a new engine, his fifth of the 22-race campaign.

Drivers have three engines to last the season, with any more triggering a penalty of 10 places for the first time the limit is exceeded and then five places for subsequent engines.

Hamilton collected a 10 place grid penalty after taking his fourth engine in Turkey in October and started Friday practice at Interlagos with his fifth.

Red Bull are favourites to win at Interlagos, with Dutch 24-year-old Verstappen chasing his third win in a row and 10th of the season. He won the last pre-pandemic race at the Sao Paulo circuit in 2019.

Verstappen started the Russian Grand Prix in September from the back of the grid, finishing second, due to power unit penalties.

Team boss Christian Horner saw no need for Red Bull, who are only a point behind Mercedes in the constructors' championship, to take any further engine penalties.

"It's entirely understandable that Mercedes would strategically decide to take that penalty here, which they will incur on Sunday," he told Sky Sports television. "We're just focused on ourselves and do the best job we can.

"All things being normal, we expect to get to the end of the year with the combustion engines that we have.

"Obviously we lost one following the crash at Silverstone (in July between Hamilton and Verstappen) but with the penalty we took in Sochi that got us back into good shape."