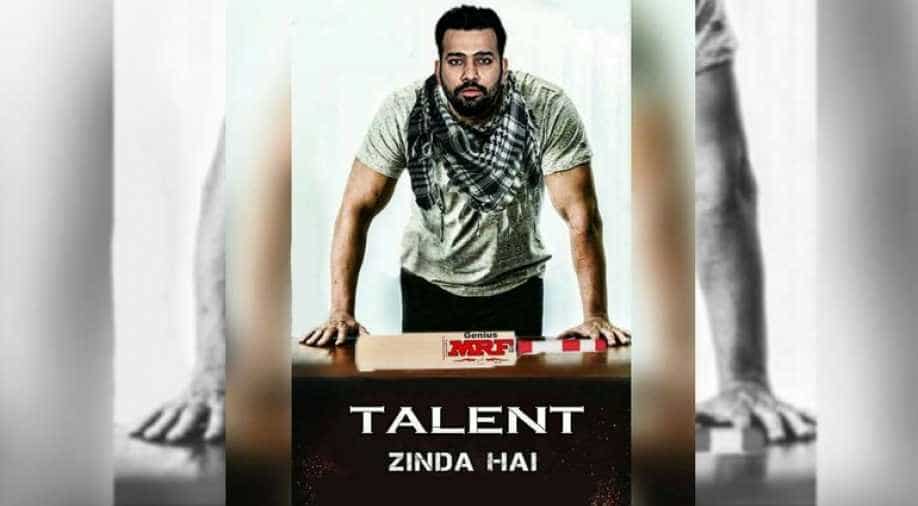 On 30th April, run-machine Rohit Sharma is celebrating his 31st birthday and wishes are pouring in from all the sides. Former cricketers, teammates and fans have flooded Twitter with their love and greetings.

Rohit Sharma, known for his terrific batting is considered one of the most talented batsmen of all times. He also holds the record of highest individual One Day International score, which is 264 runs that he scored in 2014 playing against Sri Lanka.

Once he bunked school to meet his idol batsmen Virender Sehwag, unaware of the fact that one day his idol will become his fan. As usual, Viru took to Twitter to wish Rohit Sharma on his birthday. "He is my favourite batsman to watch and I really love watching him bat," said the former opener of Indian cricket team, Virender Sehwag.

He also hailed Rohit's talent and said, "Talent Ki Tanki is always full. May you continue to prosper and shine and keep the talent alive always."

The funny part of the tweet was the image he used with his wishes. Rohit Sharma in the "Tiger Zinda Hai" getup but Viru has written, "Talent Zinda hai." Salman Khan and Katrina Kaif starrer movie Tiger Zinda Hai is an action thriller film which was released in 2017.

With @ImRo45 , talent Ki Tanki is always full. He is my favourite batsman to watch and I really love watching him bat. May you continue to prosper and shine and keep the talent alive always. #HappyBirthdayRohit pic.twitter.com/tN0FrVX0hK

Rohit Sharma-led Mumbai team is not doing good in the ongoing edition of Indian Premier League. They are sitting at the sixth position with just 4 points.