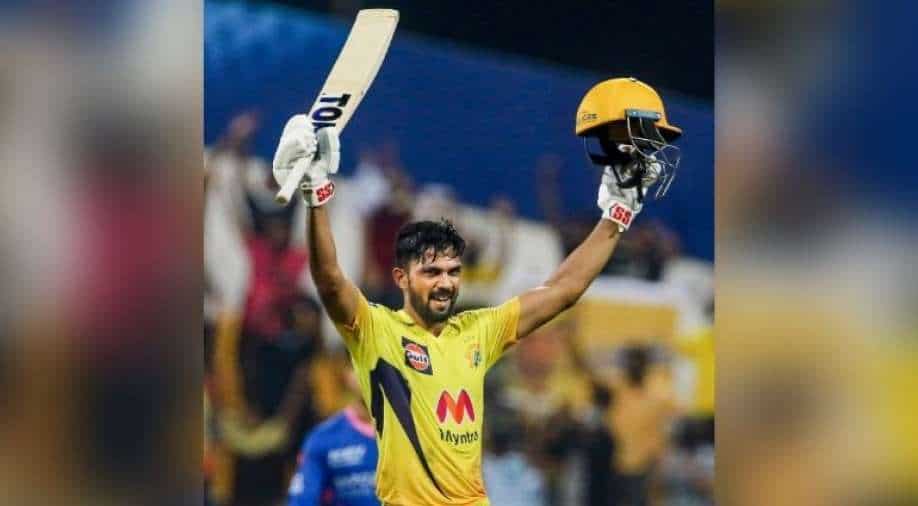 What a century! What a knock!

Gaikwad scored an unbeaten 101 off 60 balls and completed his ton by hitting a sixer on the last ball as the 24-year-old became the youngest centurion for CSK in the history of the IPL.

During the innings break, Ruturaj opened up about his knock, he said, "The wicket was holding up a bit initially, they started off well in the powerplay. My plan was to bat till the 13th or 14th over, so that I could capitalize on it later. I'm just looking to time the ball and maintain my shape."

"At the end of the day the team score matters. Individual score doesn't matter, unless and until your team is winning. We were looking for 160, then I thought 170, 180 and finally we got 190," he added.

On his last ball sixer, the batter said, "I had timed that ball well and it was the shorter boundary, so I knew it was going to be a six. We need to bowl well and execute our plans."

Off-spinner Ravichandran Ashwin tweeted, "Ruturaj. What a knock and what a player#csk."

Delhi Capitals assistant coach lauded Ruturaj for the "self-belief" the opening batsman displayed against Rajasthan Royals on Saturday."Ruturaj shows that self belief can make you a game-changer without changing your game. @Ruutu1331#CSKvsRR," Kaif tweeted.

Here's how the Twitterati reacted to his century:

Remember the name.#RuturajGaikwad.
Special player, made for greater things. Matter of time before he dominates World Cricket. #CSKvsRR pic.twitter.com/XPp69w9tgE

Top innings from Orange Cap Holder Ruturaj Gaikwad. One of the best I've seen in the recent past !

In Search of Spark we identified a Wildifire.🔥🔥🔥. Scored 500+ runs🏏 already. Orange cap Holder. Ruturaj Gaikwad is the best find of our Franchise. His range of shots and consistency is impressive. Excellent Knock young man. 🔥👏👏. #RRvCSK#RuturajGaikwad#Csk pic.twitter.com/VhuUIwDL4k

For RR, Rahul Tewatia was the pick of the bowlers with figures of 3/39.