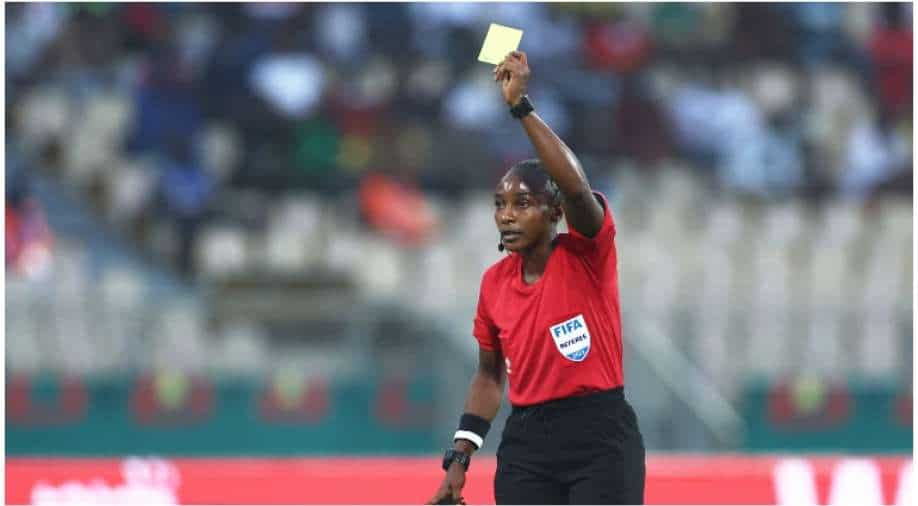 After the match, supporters from Zimbabwe said they were inspired by Salima Mukansanga and believed this was a good step forward for the continent.

Rwandan referee Salima Mukansanga on Tuesday became the first woman to officiate an Africa Cup of Nations game when she took charge of the match between Zimbabwe and Guinea in Cameroon. Mukansanga walked out onto the pitch holding the match ball accompanied by three male match officials with Zimbabwe going on to win the game 2-1.
After the match, supporters from Zimbabwe said they were inspired by Mukansanga and believed this was a good step forward for the continent.

"Women are being represented and are also being involved in this sport that for a long time was regarded as for men," said Zimbabwe supporter Felicia Chisepo. In Rwanda, the young female players of soccer club AS Kigali and their coach Egidie Kayitesi watched the game on television. "She is someone who gives great importance to each game, that`s why you see Salima at this level," said Kayitesi, who was in charge of Mukansanga's team when she was a youth player. "She has an exceptional character. When she has a match, she prepares for it."