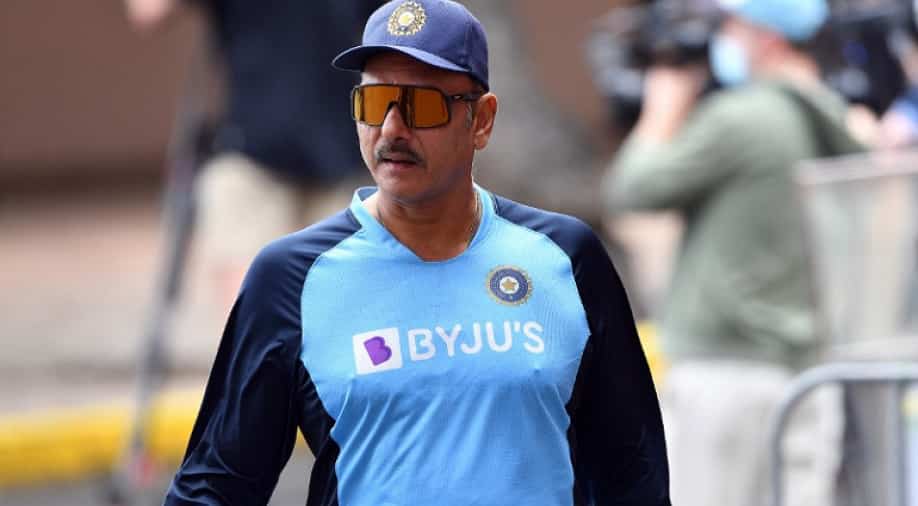 Ravi Shastri is reportedly open to a return to commentary or working with an IPL team as a coach after leaving the post of team India's head coach.

India head coach Ravi Shastri's contract is all set to expire after the conclusion of the T20 World Cup 2021. He will be stepping down as the head coach of the Virat Kohli-led side after a four-year stint where he helped them attain some memorable victories both at home and away from home.

Shastri is likely to be joined several other members of his support staff on his way out of the Indian team as the Board of Control for Cricket in India (BCCI) has also invited applications for batting coach, bowling coach and fielding coach along with the post of the head coach.

Current bowling coach Bharat Arun and fielding coach R Sridhar are likely to join Shastri in leaving their respective posts. Batting legend and former India captain Rahul Dravid is likely to take over as the new head coach of the Indian team and is expected to bring in his own set of support staff.

Shastri is open to a return to commentary or to work with an Indian Premier League (IPL) side after leaving India's head coach post. Sources close to him have stated that he will be selective in taking up his next challenge and wants to avoid year-round travelling in his new role.

“He’ll be selective. He’ll be open to working with an IPL franchise. Year-round travel is something he would like to avoid now,” a source close to Shastri was quoted as saying by Times of India.

The former India all-rounder, who is also a popular commentator might also make his comeback to the commentary box after his coaching stint with Team India. Industry sources say Shastri will be welcomed back happily if he decides to take up commentary once again.

“he’ll be welcomed with a red carpet. Tell me a voice that is more identifiable than his," say, industry executives, as per Times of India.

Shastri, who is yet to win a major ICC trophy as the head coach of the Indian team, will be looking to bring an end to the drought with a triumph at the ongoing T20 World Cup 2021. It remains to be seen what role will he take up once leaving the head coach post.