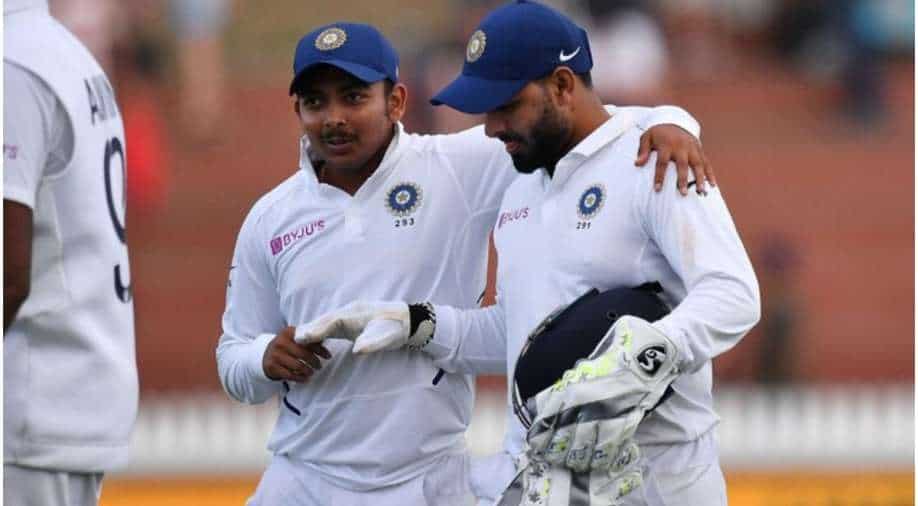 Both Rishabh Pant and Prithvi Shaw have been lauded by many former and active cricketers as the duo is expected to serve Indian cricket for a long period. Here's what Virender Sehwag opined on the young pair:

Former Indian opener Virender Sehwag has reserved huge praise for Delhi Capitals' (DC) duo Prithvi Shaw and Rishabh Pant. Sehwag, the only Indian batter to score two triple tons in the purest format of the game, feels that Pant-Shaw can help India rule Test cricket and guide them to the World Test Championship trophy with their aggressive style of play.

Speaking on Sports 18's show Home of Heroes, Sehwag said, "He (Prithvi Shaw) is a player who can bring back the excitement in Test cricket." He added, "Opposition will have to think if 400 would be enough with Shaw and Pant in our ranks. Shaw and Pant in one team could help India rule Test cricket and win the World Test Championship."

Both Pant and Shaw have been lauded by many former and active cricketers as the duo is expected to serve Indian cricket for a long period. While Pant made his Test debut before Shaw, the latter registered a century in his debut match -- scoring an impressive 134 versus West Indies in the Rajkot Test in late 2018. However, he has faded away since then and only managed to play four more Tests. Pant, on the other hand, is now a regular in the red-ball team with 1,920 runs in 30 Tests -- slamming tons in England, Australia and South Africa -- and his keeping has also improved by leaps and bounds.

With India ending as the runners-up in the inaugural WTC, they will be eager to get hold of the elusive title sooner than later. Pant-Shaw will certainly be desperate to play a part in the Test side's success. At present, only Pant is part of the Test line-up, however, if both soon feature regularly in whites, they have great potential to take India to greater heights in Tests.