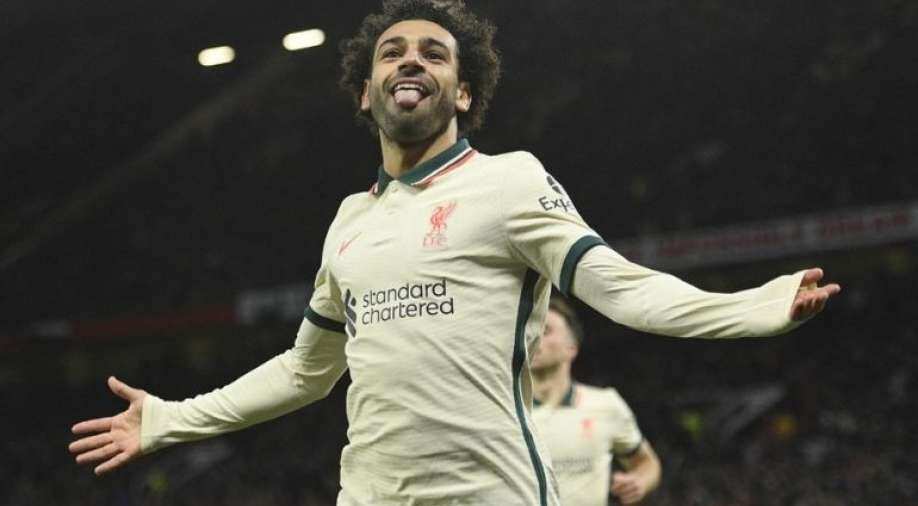 Liverpool inflicted a historic hammering on Manchester United as Mohamed Salah scored a hat-trick in a 5-0 win at Old Trafford on Sunday, leaving Ole Gunnar Solskjaer clinging to his job.

Mohamed Salah hit a hat-trick as Liverpool humiliated Manchester United, romping to a stunning 5-0 victory at Old Trafford in the Premier League on Sunday.

Naby Keita got the visitors off to the ideal start in the fifth minute and then a dreadful mix-up between Luke Shaw and Harry Maguire led to Diogo Jota turning in a low cross from Trent Alexander-Arnold to make it 2-0 after 13 minutes.

United were in disarray at the back and Salah made it 3-0 - scoring for the tenth straight game in all competitions - converting a low ball from Naby Keita and then added the fourth after being set up by Jota.

It was the first time United had been 4-0 behind at the interval in the Premier League era and they were loudly booed off the field.

It took just five minutes after the break for Salah to complete his hat-trick with a trademark clinical finish after a superb through ball from Jordan Henderson.

United`s day got worse as they had a Cristiano Ronaldo goal over-ruled for offside by VAR and then halftime substitute Paul Pogba was sent off for a two-footed tackle on Keita, 15 minutes after coming on.