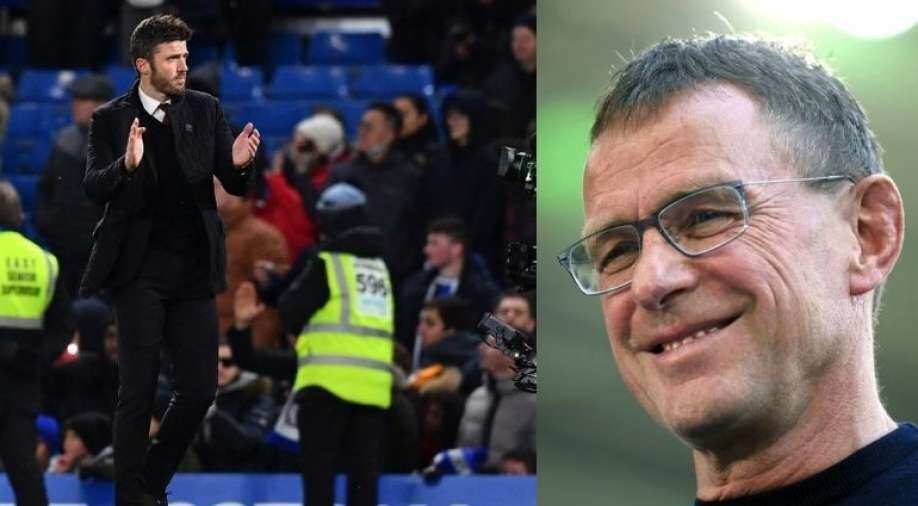 Manchester United are eighth in the Premier League table with 18 points from 13 games.

Manchester United interim coach Ralf Rangnick will be unable to take charge of the team for Thursday`s Premier League clash with Arsenal as his work visa is yet to be finalised, the club said on Tuesday, adding Michael Carrick will remain caretaker.

United named German Rangnick as interim boss until the end of the season following the sacking of Ole Gunnar Solskjaer.

Rangnick, 63, will then continue in a consultancy role for a further two years.

"Rangnick was announced as interim manager on Monday but, while the club follows the regulatory process around a work visa, Carrick will continue at the helm," United said in a statement on their website.

Former United midfielder Carrick, who was one of Solskjaer's assistants, took charge of the team for their Champions League victory at Villarreal last week and oversaw Sunday's 1-1 league draw at Chelsea.

ALSO READ: PSG's Brazil forward Neymar ruled out of action for up to eight weeks with ankle injury

United are eighth in the table with 18 points from 13 games.