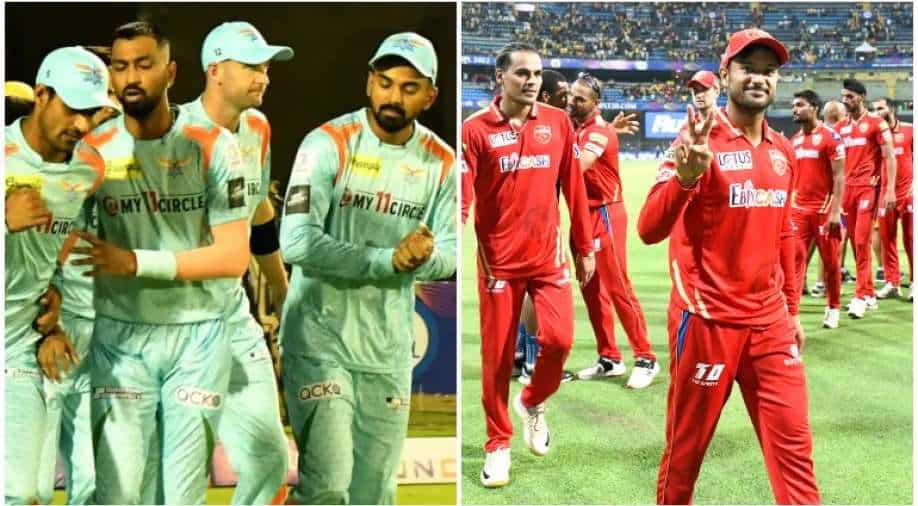 IPL 2022's match 43 will see the Punjab Kings (PBKS) face the Lucknow Super Giants (LSG) at the Maharashtra Cricket Association Stadium, Pune on Friday evening (April 29). Both sides are coming into this fixture with a win in their last game, respectively.

Punjab beat Chennai Super Kings (CSK) second time in the season whereas Lucknow are fresh from completing a double over Mumbai Indians (MI). At this stage, every match is very crucial for all the playoffs contenders and, hence, both teams will be on their toes for the marquee encounter. While Punjab's batters have not been very consistent, they have still contributed with some runs from the willow of Shikhar Dhawan, Bhanuka Rajapaksa, Liam Livingstone, etc. They also found a much-better team balance against Chennai and, hence, will be looking to carry on in similar stead.

On the other hand, Lucknow need more batters to raise their hands as they won't like to depend too much on skipper KL Rahul, who already has two centuries this season. The likes of Quinton de Kock, Manish Pandey, Krunal Pandya will like to deliver more with the bat. Meanwhile, LSG can also rethink their batting line-up, making more use of all-rounders and hard-hitters Jason Holder and Marcus Stoinis up the order.

ALSO READ | Rovman Powell promised his mom he will take them out of poverty: Ian Bishop on DC's star performer

Match prediction for Lucknow versus Punjab: The MCA Stadium has seen runs for the batters whereas spinners have come also into play as the game progresses. Expect a high-scoring affair, although this week's Rajasthan-Bengaluru match was a low-scorer. Tough to choose a winner. Punjab might have come to their own finally whereas Lucknow still have one more win as compared to their opposition, but have been a bit inconsistent of late. Umm, a win for Punjab?