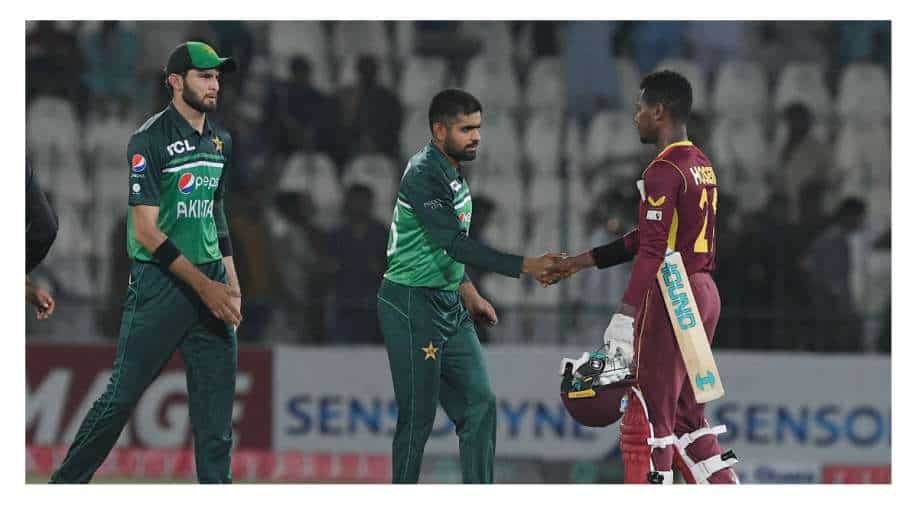 Pak vs WI, 2nd ODI: By virtue of his knock, Babar Azam created history for slamming nine consecutive fifty-plus scores in international cricket (across all formats). No batsman has managed to do this before.

Babar Azam has been on a rampage. The Pakistan captain has been in splendid form across formats. In the three-match ODI series opener between Pakistan and West Indies, the 27-year-old Babar scored his 17th ton to become the first batsman to have done the unthinkable, of having pulled off a special feat of scoring three centuries on the trot twice.

On Friday (June 10), Babar shattered a world record during the second and penultimate ODI versus the Men in Maroon after slamming an impressive 77 in Pakistan's easy win. By virtue of his knock, Babar created history for slamming nine consecutive fifty-plus scores in international cricket (across all formats). No batsman has managed to do this before. Mithali Raj, former India women's captain, was the first-ever cricketer, overall, to achieve the feat in 2016-17.

Babar's dream run started when he scored a memorable 196 in Pakistan-Australia second Test, at Karachi. From thereon, he continued his good form and returned with 66 and 55 in the final Test. In the three ODIs and one-off T20I, that followed suit versus the Aussies, Babar registered scores of 57, 114, 105* and 66. In the first ODI versus the Windies, he ended with a match-winning 103 and his latest knock has helped him create history.

After Pakistan beat Nicholas Pooran-led Windies by 120 runs in the second ODI, in defence of 275/8, Babar said at the post-match presentation, "The wicket was double-paced early on. We wanted to build a partnership as we knew it'd be tough for new batters. Unfortunately, there was a run-out. Because of me we were 10-15 runs short. We saved him (Khushdil) for the end, because we all know what he can do in the slog overs. I was confident that our spinners would bowl well. Nawaz was outstanding, he picked wickets at crucial moments."