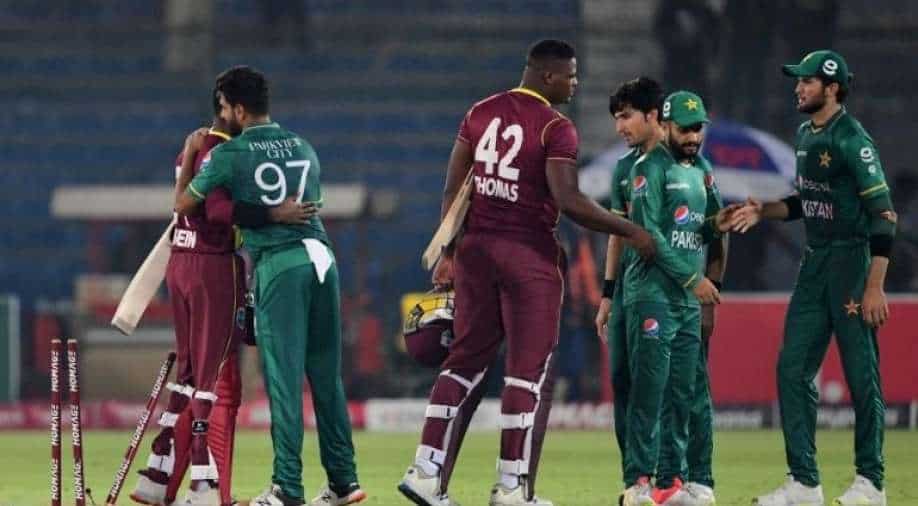 With this win, Pakistan has gained an unassailable 2-0 lead in the three-match series. The final match will be played on Thursday.

Shaheen Shah Afridi bowled perfectly at the death as Pakistan defeated West Indies by 9 runs in the second T20I of the three-match series here at the National Stadium on Tuesday. With this win, Pakistan has gained an unassailable 2-0 lead in the three-match series. The final match will be played on Thursday.

Chasing 173, West Indies lost Shai Hope (1) and Shamarh Brooks (10) with just 31 runs on the board. Brandon King and skipper Nicholas Pooran then got together at the crease to retrieve the innings for the visitors. Both batters put on 54 runs for the third wicket, before Pooran (26) was scalped by Mohammad Nawaz with Windies needing 88 runs to win from 54 balls. Brandon King finally departed in the 16th over after playing a knock of 67 and West Indies was left in a spot of bother, needing 55 to win from 28 balls.

The visitors kept on losing wickets at regular intervals and in the end, Pakistan registered a win. Earlier, a collective batting effort saw Pakistan posting 172/8 in the allotted twenty overs. Opting to bat, Pakistan got off to a bad start as the hosts lost skipper Babar Azam (7) in the third over of the innings. Fakhar Zaman (10) also failed to leave a mark with the bat as he was sent back to the pavilion by Akeal Hosein. Mohammad Rizwan and Haider Ali then put on 48 runs for the third wicket to revive the Pakistan innings, but as soon as the hosts started to gain an upper hand, Rizwan (38) and Ali (31) were dismissed by Odean Smith in quick succession, reducing Pakistan to 109/4 in the 14th over. In the end, Shadab Khan played a cameo of 28 off just 12 balls as Pakistan posted 172/8 in the allotted twenty overs.