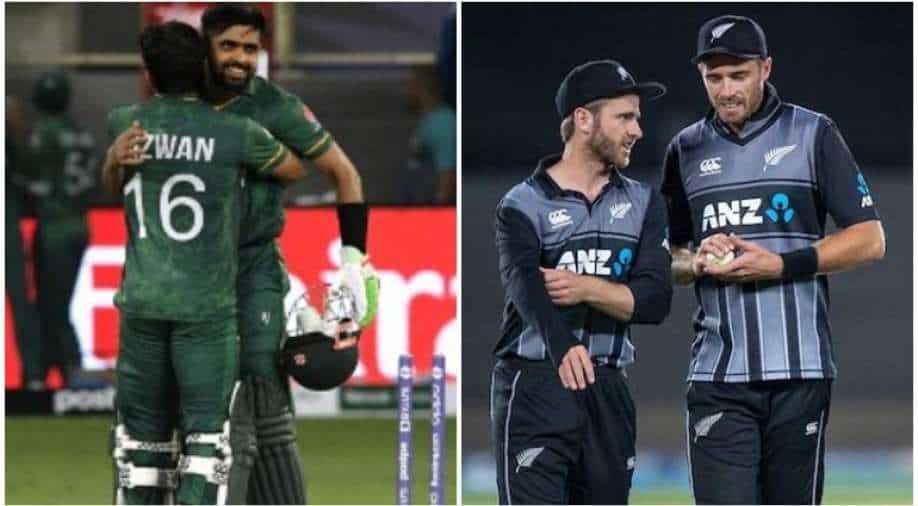 T20 World Cup 2021: Match 19 of the showpiece event will see one of the most awaited clashes as Pakistan lock horns with New Zealand, at Sharjah Cricket Stadium, Sharjah.

Pakistan opened their campaign in the T20 World Cup 2021 edition, in the UAE, with a stunning ten-wicket win over arch-rivals India, at the Dubai International Cricket Stadium, Dubai on Sunday evening (October 24). While the Babar Azam-led Men in Green were clinical in all departments to finally break Virat Kohli & Co.'s 12-match unbeaten streak against their neighbours in World Cup history, the whole of Pakistan will now gear up to support their team as they face New Zealand in match 19 of the T20 WC 2021.

Pakistan and New Zealand would have been meeting each other for the sixth time in T20Is, in over than a month, however, they will be facing each other for the first time in the shortest format in 308 days. By now, the reason for this is well known to the whole world as Black Caps pulled out of their tour of Pakistan -- in mid-September -- just minutes before the tour-opener; causing huge financial losses to Pakistan Cricket Board (PCB) and embarrassing the Asian giants in world cricket -- who are still fighting hard to regain hosting rights in a fully-fledged manner in international cricket.

Hence, their face-off versus New Zealand is highly awaited as Babar & Co. will be eager to settle scores versus the Kane Williamson-led Kiwis. Speaking about the 2016 edition's semi-finalists, they are coming into this encounter on the back of back-to-back defeats in their two warm-up games. Hence, NZ will have to be on their toes against a Pakistani line-up who was absolutely clinical versus India.

Match prediction for Pakistan vs New Zealand T20 WC: The two games at Sharjah, involving Sri Lanka-Bangladesh and Afghanistan-Scotland, showed batsmen will have a bigger role to play. Both teams might be tempted to bat second. It will be interesting to see if dew plays a role and makes its presence felt in the encounter. A high-scoring encounter is expected, in the range of 170-180, with Men in Green to make it two wins in a row.