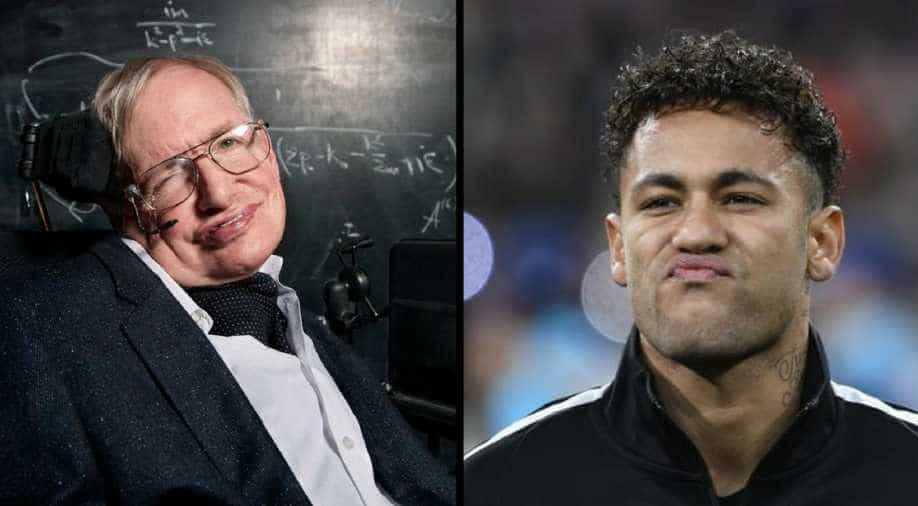 Brazilian striker Neymar Jr, currently struggling with metatarsal injury has been trolled online for his "insensitive" tribute to late Stephen Hawking, who died yesterday at the age of 76.

Neymar shared a picture on social networking sites, featuring him in a bathing suit and sitting on a wheelchair.

He captioned the picture with one of  Hawking's famous quotes: "One has to have a positive attitude and must make the best of the situation that one finds oneself in."

Stephen Hawking will be remembered as Britain's most famous modern-day scientist.

He spent most of his life was spent in a wheelchair crippled by amyotrophic lateral sclerosis (ALS).

ALS is is a form of motor neurone disease that attacks the nerves controlling voluntary movement.

He faced a major backlash on Twitter for his inappropriate behaviour.

Always ask someone if you aren’t sure about a social media post before posting it- Neymar edition. https://t.co/wks9jTVdGr

Great to see Neymar drawing inspiration from Stephen Hawking as he adjusts to living his life with a sore ankle for a few weeks. https://t.co/VogGFNBI7j

Neymar there, with his sore metatarsal and sprained ankle, marking Stephen Hawking's death by cheerily comparing himself to quadriplegic Stephen Hawking ???? pic.twitter.com/f9bkh5AEhb