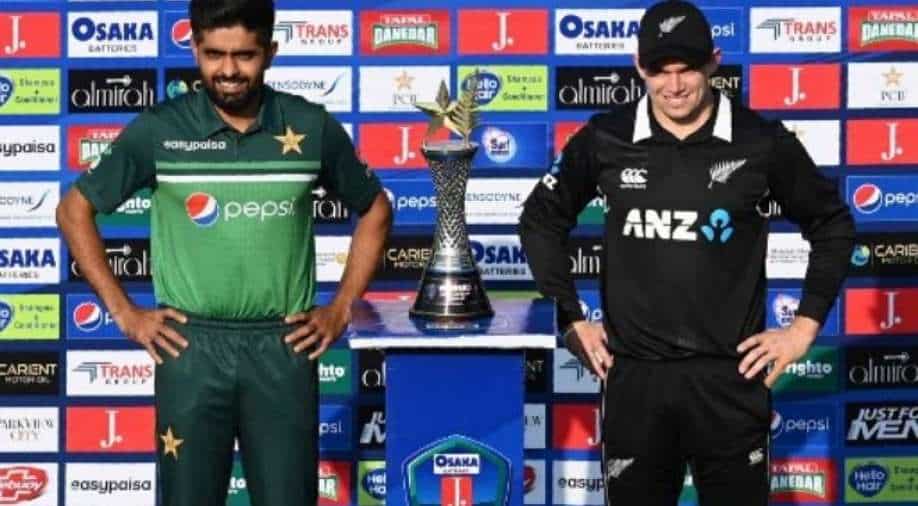 Tom Latham-led New Zealand returned home after the national side cancelled their historic tour of Pakistan, before the tour-opener on September 17.

New Zealand cricket team have returned back home after cancelling their historic tour of Pakistan, just minutes ahead of the tour-opener at Rawalpindi Cricket Stadium, Rawalpindi on Friday (September 17). The Tom Latham-led side cancelled the tour on security grounds, ahead of the series opener of the three ODIs, and have now returned home.

The Black Caps' official Twitter handle shared the video of the team's return and captioned the post, "The 24 strong BLACKCAPS touring squad have arrived home into Auckland from Dubai and will shortly begin the mandatory 14 days in MIQ."

The 24 strong BLACKCAPS touring squad have arrived home into Auckland from Dubai and will shortly begin the mandatory 14 days in MIQ. pic.twitter.com/VVa86O698g

For the unversed, New Zealand were set to play three ODIs and five T20Is in Pakistan, as part of the preparation process for the upcoming T20 World Cup. This was going to be New Zealand's first-ever visit to the Asian country after December 2003. Since then, the Black Caps haven't toured the Men in Green despite the latter hosting a plethora of international teams in the recent past.

Recently, NZ's stand-in captain Tom Latham lavished praise on the Pakistan security and authorities till the time the Kiwis were in the subcontinent.

“It’s naturally very disappointing for them [Pakistan and their fans]. It was something they were very proud of. I remember doing the captain’s round with Babar [Azam] the day before and just seeing how happy he was to have international cricket and have us there. He was very excited and it was a historic moment for New Zealand Cricket to be back there 18 years since they were last there.”

“To be part of that was going to be something special, but obviously things changed. NZC acted swiftly along with the people on the ground in Pakistan. While we were there after the decision, the Pakistan authorities were brilliant. They kept us safe at the hotel and we certainly need to thank them,” Tom Latham told NZ's in-house media channel according to ESPNcricinfo.

However, NZ's withdrawal has left Pakistan cricket in shambles. They were getting regular in hosting international games on home soil, after the 2009 Lahore terror attack, but the recent pullout from the Black Caps have put them in a spot of bother.