'My MVP in the kitchen' - Husband duties! Novak Djokovic does the dishes as wife Jelena shares adorable video - watch 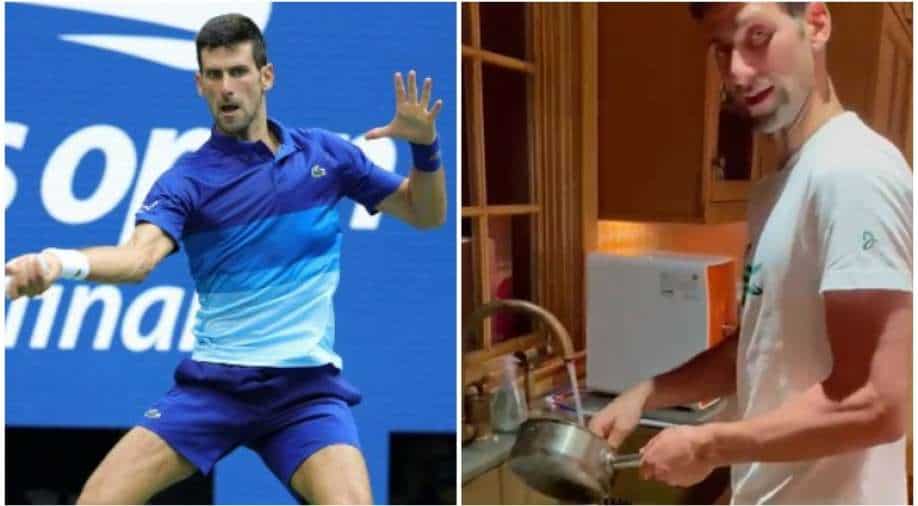 During the US Open, Novak Djokovic performed husband duties with aplomb by doing the dishes as wife shared adorable video.

Novak Djokovic was on the verge of completing a calendar-year Grand Slam, first in male tennis since 1969, in the recently-concluded US Open 2021. However, the Serbian lost the final to Russia's Daniil Medvedev in straight sets, 6-4, 6-4, 6-4 and missed out on creating history as well as going past Roger Federer and Rafael Nadal's Grand Slam titles as the famed trio remain on par with each (20).

During the US Open, Djokovic not only won hearts on the court for his emphatic performances and consistency, the No. 1 ranked Serb also won over his wife, Jelena, by donning the husband's hat with aplomb and doing the dishes in the kitchen after his match. Jelena, who remains active on social media platforms, shared the video of Djokovic doing the dishes on Twitter and wrote, "Novak’s 3rd shift/Novakova treća smena. This is how Novak meditates after his late night match at the #USOpen He’s my MVP in the kitchen"

Novak’s 3rd shift/Novakova treća smena. This is how Novak meditates after his late night match at the #USOpen He’s my MVP in the kitchen @djokernole pic.twitter.com/1XvkT8YEdt

After the defeat in the US Open final, Djokovic stated at the post-match presentation, "Tonight, even though I have not won the match, my heart is filled with joy and I'm the happiest man alive because you guys made me feel very special on the court. Part of me is very sad. It’s a tough one to swallow, this loss, I mean, considering everything that was on the line."

The Serb will now look to surpass Federer and Nadal's tally in the next calendar year and consolidate his lead.

If they don't want to come let them not, teams around the world will run behind Pakistan: Wasim Akram

'Players can get mentally disturbed': Mohammed Shami opens up on challenges of playing in bio-bubbles