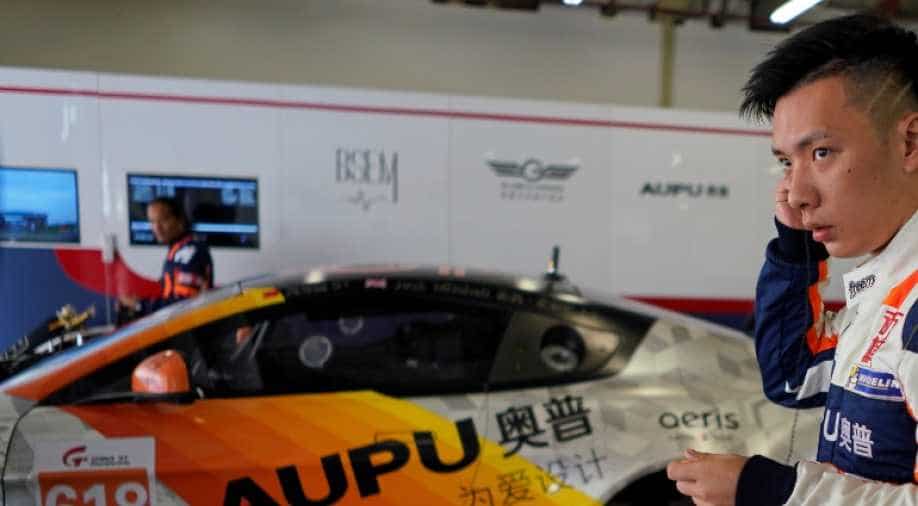 No Chinese driver has featured in a Formula One race, although Ma Qinghua made a free practice appearance for HRT ahead of the 2012 Italian Grand Prix at Monza.

The tyres of the Aston Martin Racing team car screech and the engine roars as it leaves the pits on its way back into the race at the Shanghai international circuit, one of China's premier motor racing venues.

This sound is something of a metaphor for the growth of the sport in China, where young and old drivers alike are increasingly itching to make an impression on the track.

One of those is 29-year-old Ryan Liu from Shanghai, who won the China GT4 Championship last year in an Aston Martin Vantage with British co-driver Jack Mitchell.

The result, however, is only a stepping stone for Liu towards his dream of driving at the highest levels, although he is realistic about his chances given his age.

"This is a beautiful dream, for me, as it is for many other people," Liu said. "Whether or not one can get into F1 depends on maximising resources in all areas.

"So this for me is more of a dream (than anything else)."

No Chinese driver has featured in a Formula One race, although Ma Qinghua made a free practice appearance for HRT ahead of the 2012 Italian Grand Prix at Monza.

It is a journey which does not come cheap, in a sport which Liu says is notorious for "burning money".

Liu, who funds his passion from his savings as a former analyst with Morgan Stanley and support from his family and sponsors, said it had cost him around five million yuan ($729,288) last year.

About two million yuan is for using the Aston Martin car, of which around 800,000 yuan pays for Mitchell to be his co-driver.

Mitchell, who also won the British GT4 championship in 2018, said he loves racing in China, which established their own GT (Grand Touring) Championship in 2016 as more wealthy Chinese drivers got into the sport, but recognised the standard was different.

"Most of the guys I've raced with in the UK we've been practising since we were seven," the 20-year-old said.

"Whereas a lot of the guys in this championship, the Chinese people ... they are new to it.

"So obviously we've got a lot more experience in that sense... obviously we've been practising since we were seven so at the end of the day it's always practice makes perfect."

The emergence of go-karting, which is widely seen as the principal route into motor racing, however, is gaining in popularity in China and could drive younger people into the sport.

SD Karting Club in north east Beijing, one of a growing number of clubs in the capital, epitomises the trend.

A year after it opened in 2013, it had only around 10 junior members. Now there are around 500 juniors racing regularly.

One such member, He Wencong, who is 10, began karting aged four after his motorsport-mad father took him along. He now goes up to four times a week and won junior races in Beijing.

"My dream is to one day become a formula racing driver and do everything I can to get to F1," the primary school student said.

His father He Wei, an internet operations technician and a keen go-karter himself, said he would support his son in achieving his goal.

Wei is excited about the growth of the sport in China but thinks a better pathway is needed for local drivers to succeed on the world's biggest motor racing stages.

"It's very rare to have real, official sponsorship."