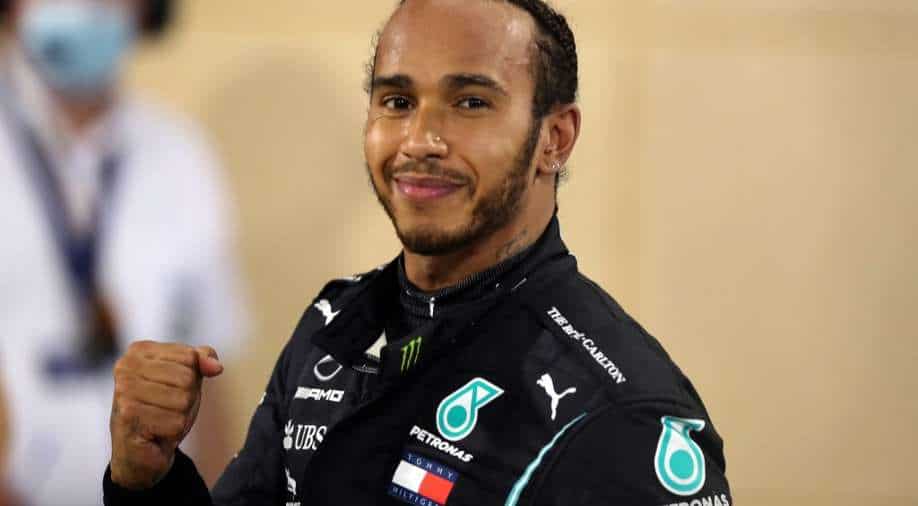 The 36-year-old said he had considered leaving but felt both he and the sport were entering an interesting new phase.

Lewis Hamilton says he has no plans to stick around in Formula One into his 40s but signed up for two more years because this season`s close competition has been so exciting.

Explaining the thinking behind a contract extension announced at the Austrian Grand Prix on Saturday, Mercedes` seven times world champion told reporters he was loving the challenge.

The 36-year-old said he had considered leaving but felt both he and the sport were entering an interesting new phase.

"I think we are being challenged more than ever this year, which is great," said the most successful driver of all time. "And I love racing. This is what I want to do."

Hamilton said his previous contract was supposed to be for two years but he asked for one because he was unsure whether he would continue or not, with the COVID-19 pandemic also casting uncertainty.

"I had the best and most enjoyable start of the year, enjoyed the roller-coaster ride that we`re having," he explained.

"The start of this season, when the cars were so close in performance -- pretty much equal -- then it was really one of the most exciting times I`ve had for some time. To be able to have this battle with Red Bull.

"I was really hoping that it would continue on like that for the rest of the year but they`ve taken a huge leap forwards," said Hamilton.

The Briton is 18 points behind Max Verstappen after the opening eight races, with Red Bull winning four in a row up to Sunday after Hamilton triumphed in three of the first four.

Hamilton has used his platform to campaign for diversity and equal rights, an important part of his decision to stay, but he said he was also just loving his job.

"I found myself just waking up thinking about racing, so I wanted to continue to race," he said.

"Now we are having this tight battle it`s brought me closer to the team, closer to the engineers, it`s making me dig deeper and I love that. It has reinvigorated the love that I have for this sport and love for what I do."

He would not stick around just for the sake of it, though.

"I`m only here to win. So if there`s ever a point that I feel I don`t want to commit the time or the effort, that will be the time for me to stop. I don`t plan to be here until I`m 40. I hope I have something else exciting to do beyond."