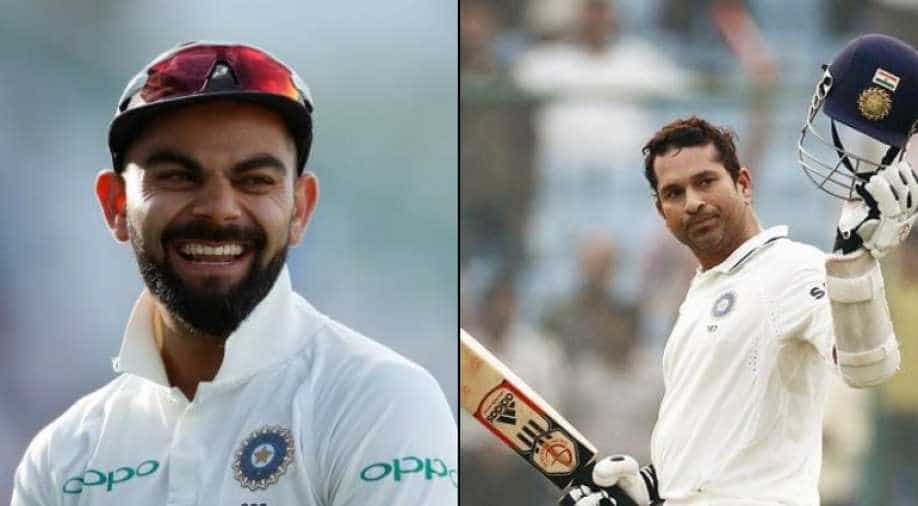 The cricketing duo, during the fiery 'Rapid-fire round' were asked to name the better batsman between current Indian skipper Virat Kohli and master blaster Sachin Tendulkar.

India's young cricketers Hardik Pandya and KL Rahul recently appeared on Bollywood director Karan Johar's show 'Koffee with Karan' and spilled the beans on some of the intriguing secrets.

The cricketing duo, during the fiery 'Rapid-fire round' were asked to name the better batsman between current Indian skipper Virat Kohli and master blaster Sachin Tendulkar.

In reply, both picked their captain Kohli without any hesitation.

Ever since Kohli has started scoring runs consistently for his side, the comparisons between him and the Tendulkar have been made. In the last two year, Kohli has even surpassed Tendulkar in several records held by the former.

After their answer, fans of Tendulkar chided the two, accusing them of knowing zilch about the game. A Twitter user even called Pandya an empty vessel that is making noise.

Hardik Pandya in Koffee with Karan is the classic example of 'empty vessels make the most noise'. Only if wearing Gucci shoes made someone a gentleman. Sigh! https://t.co/HMEkHr65rb

This is what I'm doing now, just to feel better about the sport I grew up loving.

Needed this to detox from the sewage that Hardik Pandya spewed on #KoffeeWithKaran pic.twitter.com/XFdR0SNHWi

It might have been fun initially to watch two young sportsmen letting their guards down, but the obnoxious and misogynist attitude of Hardik Pandya just was too much to take in. At one time, cricket was called a gentleman's sport. Where has all the class gone? #KoffeeWithKaran

Sachin is the greatest batsmen of all time '
said by

Every true cricket fan knows who is best!

#KoffeeWithKaran
After seeing kl and hardik choose virat over sachin.
Me : pic.twitter.com/Kcsy9piUrh

Karan also asked the two to choose the better captain between Kohli and MS Dhoni, both of them picked Dhoni as a better skipper.