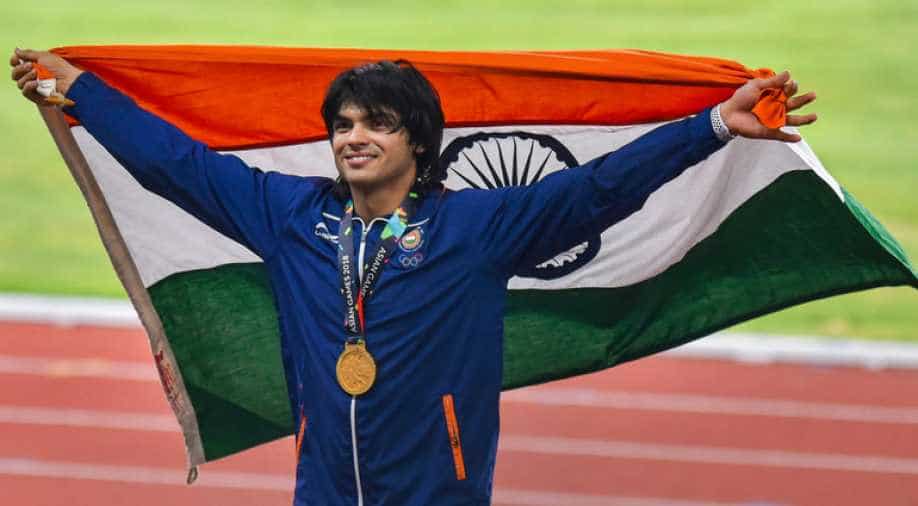 A throw of 86.47 metres was enough to take the title on the Gold Coast and he followed that up with 87.43 metres at the Diamond League leg in Doha in May.

Neeraj Chopra had a fruitful 2018 when he won javelin gold at the Commonwealth Games and the Asian Games but the Indian reckons this year is going to be even more crucial for him as he chases Olympic glory at Tokyo 2020.

Last year, the long-haired former world junior champion became only the third man to win an athletics gold for India at the Commonwealth Games after sprinter Milkha Singh in 1958 and discus thrower Vikas Gowda in 2014.

A throw of 86.47 metres was enough to take the title on the Gold Coast and he followed that up with 87.43 metres at the Diamond League leg in Doha in May.

At the Asiad in Jakarta he threw even further at the Gelora Bung Karno Stadium, clearing a season's best distance of 88.06 metres for the title -- placing him sixth on the IAAF top list for 2018.

"In 2018 the Commonwealth Games, Asian Games were there, which were good.

"But this year there is world championships and more importantly this is the year just before the Olympics and if I want to get ready for the Olympics, I will have to perform well this year."

While India are credited with Norman Pritchard's hurdles silver medals from 1900 before it gained independence from Britain, the world's second most populous nation considers itself never to have won an athletics medal at an Olympics.

Chopra, currently ranked fourth in the IAAF world rankings in javelin, knows that he is by far the best chance of ending that drought in Tokyo next year.

"It feels good that people have expectations from you, that's a good feeling for me," Chopra, who is supported by diversified conglomerate JSW Group's Sports Excellence Programme, said from a training camp in Potchefstroom.

"But I have to do my work. Their expectations are a good thing but I need to continue to perform as I have put in lot of hard work...

"Obviously there is some pressure that so many people are watching me, but I focus on staying positive and injury-free, and give my best performance, that's all."

Hailing from Haryana, which is better known for producing wrestlers and kabaddi players, Chopra has traded home for an altitude training camp with his coach Uwe Hohn on the South African highveld.

He suffered a bit of a setback with an elbow injury he picked up late last year and has worked extensively on his core strengthening and flexibility with an eye on the World Championships in Doha, starting in September.

"Training is going well, we came here in mid-January so it has been a month and a half already," he said.

"Training is starting to make a difference on strengthening, core, explosive power. It's going well overall.

"Next, we will put in a lot of work on the technical aspects. Overall I feel this year is going to be better than last year."

Chopra is also bringing change to his throwing technique after realising that he was falling more on his left side during the point of release, forcing his javelin to also veer left.

He is aware of the tough competition that lies ahead and understands the need to produce his best throws throughout the season.

"My main task I believe is to be consistent. It's not that I can throw a 90 (metres) once and then start throwing 81-82 after that," he added.

"If you are consistent then there are high chances that I can break my personal bests in competitions."