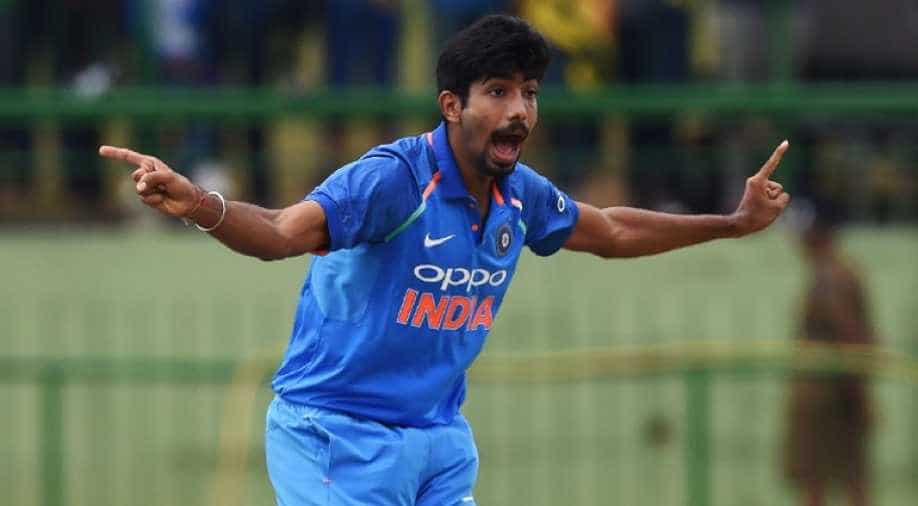 Bumrah, who played a pivotal role in India's maiden Test series win on Australian soil, has been an 'x' factor in Virat Kohli's set-up.

Back in his time, he knew a thing or two about bowling 'toe-crushers' and no wonder former Pakistani cricketer Wasim Akram is all praise for Jasprit Bumrah's ability to bowl the "most effective yorker" currently in world cricket.

Bumrah, who played a pivotal role in India's maiden Test series win on Australian soil, has been an 'x' factor in Virat Kohli's set-up.

"Jasprit Bumrah has the best and the most effective yorker among fast bowlers playing international cricket now," Akram told PTI during an interaction.

Arguably the greatest left-arm fast bowler to have ever played the game, Akram believes that Bumrah will make a difference during death overs at this year's World Cup with his 'go to ball'.

"Bumrah has an exceptional action, very different from other fast bowlers and yet he gets the ball to swing and also move off the deck at good pace," Akram said.

"But what makes Bumrah special is his ability to bowl yorkers on a regular basis. Also yorker is not just used for ODIs but for Test matches too as me and Waqar did in our times," the Sultan of Swing said.

A lot of it Akram believes could be attributed to tennis ball cricket, which helps aspiring bowlers perfect their yorkers.

"If you see, whether it's me coming from Pakistan or Bumrah coming from India, we are all products of tennis ball cricket," said Akram, who is a mentor in the upcoming 10PL tennis ball tournament in UAE.

"When you play gully cricket with buildings on both sides and the batsman being deprived of playing cross batted shots on both sides, they are forced to play straight then.

"And then you start pitching it up and in the process learn to bowl at the base and prevent the batsman from going down the ground. You will see a lot of yorkers in 10PL," said Akram.

He was all praise for India, which became the first country from Asia to win a Test series in Australia.

"It's a huge achievement to win a Test series in Australia. I don't subscribe to the view that this is a weakened Australian side. Let's not take away any credit from Virat and his boys. The kind of consistency they have shown is indeed a big deal," said Akram.

Whenever a young talent is discovered in Pakistan, they start comparing him with Kohli, only to fade away like an Umar Akmal.

So why do potential 'Kohli's' of Pakistan fall off the radar, Akram said: "Had we known what the problem is, wouldn't we have addressed the issue?"

"On a serious note, it is Virat's mindset that makes all the difference. When I mean mindset, it also includes off the field preparation also."

The Indian captain's awareness is in a different league, feels Akram.

"Awareness about all the worldly things, what needs to be done to become the best in the world and it's not just about having the perfect technique. It is about having a perfect mindset. He is one of the most popular cricketer in Pakistan," said the owner of 900 plus international wickets.

Akram, who has been the face of 10PL in 2018, expects the tournament to grow with passage of time.