It's an honour to represent my country, says Shubman Gill 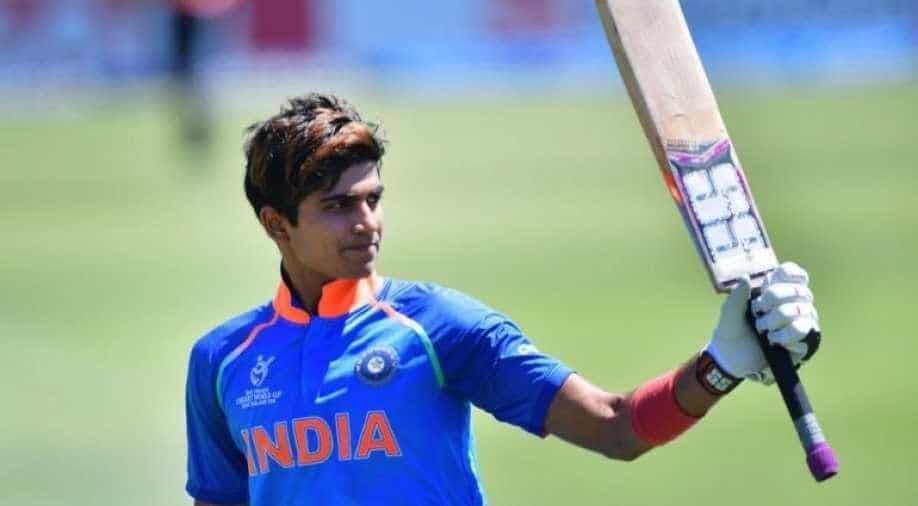 After getting a nod in the Test team for the upcoming series against South Africa, batsman Shubman Gill said that it is always an honour to represent the country, no matter the colour of the jersey.

"Be it blue or white, it`s always an honour to represent my country," Gill tweeted.

The selection panel had announced the Test team for the three-match series against South Africa on Thursday.KL Rahul who had a disappointing series against Windies was dropped from the squad and in place of him, Gill was added to the side.

Talking about Gill, chief selector MSK Prasad said, "Shubman Gill has done well in both positions as an opener and middle order, so he can be a back up in both the slots".

The 20-year-old has been in exceptional form as he displayed match-winning performances for India A. In the recently concluded Test between India A and South Africa A, the batsman played a knock of 90 runs. He also scored 204 runs in the Test against West Indies A.

Be it blue or white 🔵⚪
It's always an honour to represent my country 🇮🇳 pic.twitter.com/qfWMpwsMsw

Rohit Sharma maintained his place in the squad and the chief selector MSK Prasad confirmed that the batsman would be playing as an opener in the upcoming series.