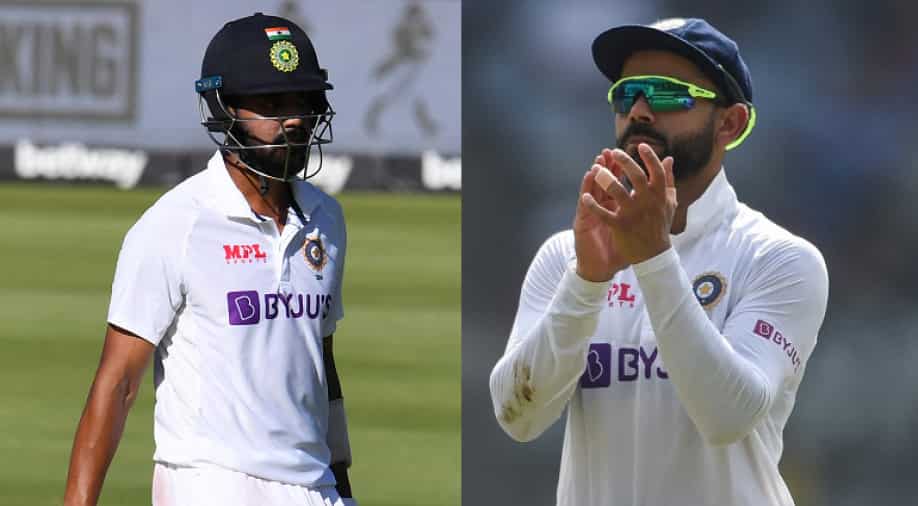 KL Rahul responded to a query on him potentially leading India in Tests after Virat Kohli. Photograph:( AFP )

KL Rahul responded to a query from a reporter on the chances of him taking over as the new captain of the Indian Test team after Virat Kohli.

Star India batter KL Rahul said it will be an honour for him to lead the Indian team in Tests if given a chance. Rahul was India's vice-captain in the recently-concluded Test series against South Africa in the absence of Rohit Sharma. He was Virat Kohli's deputy in the three-match series which India lost 2-1 after losing the final two matches in a row.

Following the series loss, Kohli took to social media last week to announce that he will be stepping down as the Test captain of the Indian team. The announcement left the entire Indian cricket fraternity in shock leading to speculations on who should take over from Kohli as the new captain of the national side in the longest format.

While limited-overs captain Rohit Sharma remains a favourite to take over in Tests as well, the likes of Rahul and Rishabh Pant are also strong contenders for the top job. Rahul, who will be leading India in the upcoming three-match ODI series against South Africa in the absence of Rohit, was on Tuesday (January 18) asked about leading the Test team after Kohli's exit.

Responding to a reporter's query on the prospects of leading in Tests, Rahul said it will be an honour for him and that it will be a huge responsibility as well. "It’ll be an honour if chosen to lead the team. It’s a very exciting prospect and I will try to lead to the best of my abilities. It will be a huge responsibility,” said Rahul in the virtual press conference ahead of the first ODI against South Africa.

Rahul, who is India's designated vice-captain in white-ball cricket, had replaced an injured Rohit as Kohli's deputy in Tests in the recently-concluded Test series. He also led India in the second Test against the Proteas after Kohli was ruled out due to a back spasm.

With Rohit ruled out of the ODIs as well, Rahul will be leading the team in the upcoming ODI series against the Proteas. He has led Punjab Kings for two seasons in the Indian Premier League (IPL) and is being seen as one of the future leaders in Indian cricket.

After losing the Test series 2-1, Rahul will be looking to inspire India to bounce back and clinch the ODI series against South Africa in their own backyard. The first ODI will be played in Boland Park in Paarl on Wednesday.