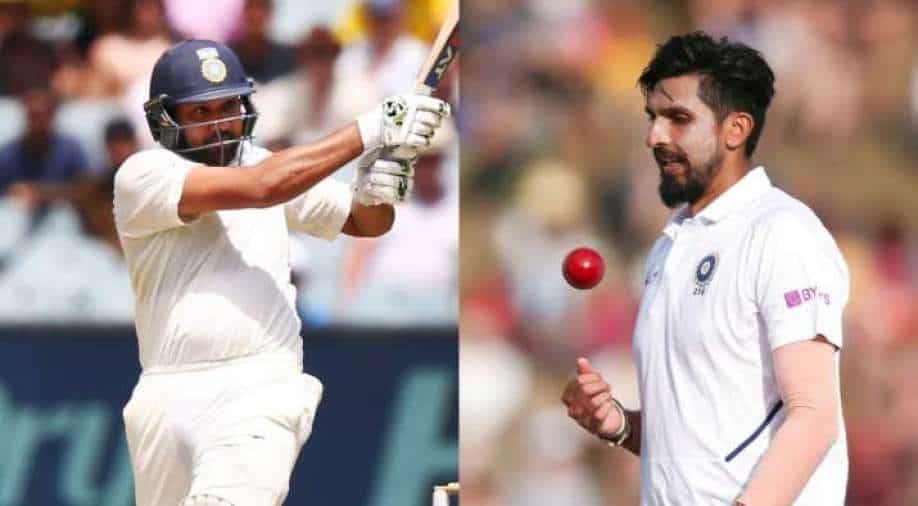 India suffered a blow Friday with fast bowler Ishant Sharma ruled out of their Test series against Australia, as skipper Virat Kohli blasted a lack of clarity over the fate of star opener Rohit Sharma.

India suffered a blow Friday with fast bowler Ishant Sharma ruled out of their Test series against Australia, as skipper Virat Kohli blasted a lack of clarity over the fate of star opener Rohit Sharma.

Ishant has been struggling with a side strain picked up during the Indian Premier League, and while he has recovered officials said he was not match fit.

"While he's building up his workload in order to achieve Test match fitness, Ishant Sharma has been ruled out of the Border-Gavaskar Trophy," the Indian cricket board said in a statement.

Senior batsman Rohit hurt his hamstring last month and will have another assessment on December 11, six days before the opening day-night Test in Adelaide.

Complicating matters was his father falling ill in Mumbai, which delayed Rohit's arrival at India's National Cricket Academy to begin his rehab.

Kohli said the way the matter had been handled was "very confusing" and that both players should be in Australia to complete their recoveries.

"It definitely would have increased the chances of both of them playing Test matches," he said in video comments from his hotel room in Sydney ahead of the opening one-dayer against Australia on Friday.

Kohli, who has been undergoing a mandatory 14-day quarantine along with the rest of the India squad, said he was expecting Rohit to be on the plane to Australia with everyone else.

"We had no information whatsoever on the reason why he's not travelling with us," said the skipper, who will return home after the opening Test for the birth of his first child.

"And after that, the only other information officially we've received by mail is that he's in the NCA and he's been assessed and he'll be further assessed on December 11.

"So from the time that the selection meeting happened to the IPL finishing and now when this email came about his assessment in the NCA, there's been no information.