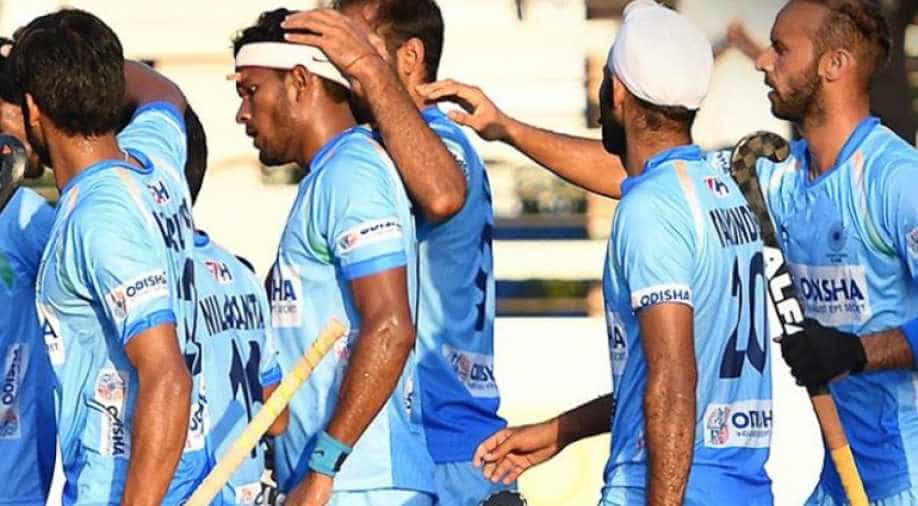 India's hopes of a podium finish were dashed as they squandered lead on two occasions and went down 2-3 to Ireland in the Sultan Azlan Shah hockey tournament Malaysia on Friday.

Having grabbed the lead on two occasions (1-0 in the 10th minute and 2-1 in the 26th minute), the Indian men's team fumbled in the end in their last round-robin match.

After rekindling their hopes of making the final with a convincing 5-1 win against Malaysia in their previous match, India looked for another win on the trot and got off to a start that reflected their intent.

Playing structured and disciplined hockey, India won a penalty corner in the 10th minute. Varun Kumar was at the first battery but it was Ramandeep who came up with a great finish to direct the flick into the net with a tap after he had injected the ball perfectly for the drag-flicker.

Soon after India won another PC when Sumit Kumar found an Irish defender's foot while forcing an assist from the baseline. But this time Varun Kumar's flick was far wide.

With a 1-0 lead, India had to contain Ireland and ensure they stayed ahead.

India denied Ireland their first PC of the match with a decision for video referral that was ruled in India's favour. But they conceded an equaliser soon after through Shane O'Donoghue.

The 24th minute field goal was a result of good team work between Kirk Shimmins, Sean Murray and O'Donoghue. In the 26th minute though, Amit Rohidas helped India reclaim the lead with a splendid PC, finding the top net with a fiercely-struck dragflick.

A foot foul by Dipsan Tirkey saw India concede a PC only 15 seconds prior to the half-time hooter but Suraj Karkera was on top of his job to save the PC.

India seemed to drop their game slightly in the third quarter with Ireland scoring two back-to-back goals in the 36th and 42nd minute through Sean Murray and Lee Cole respectively.

The Irish dominated ball possession while their goalkeeper Jamie Carr came up with some brilliant saves to keep India under pressure. Though India had more circle entries, they could not make much of it thanks to an alert Carr at the goalpost.

The Indian forwards were desperate to make potential forays into the striking circle. While the team's defence contained the Irish from taking further lead, an infringement by Ireland helped India win a PC. But dragflicker Amit Rohidas couldn't make it count.

With time ticking away, India pulled out their goalkeeper to add an extra man to their attack. Simranjeet Singh was behind in win another PC for India in the 56th minute. But Varun Kumar's drag was deflected by Irish rushers.

Counting down to the final hooter, errors proved dear for the Indian team while Ireland successfully held on to their lead to win.

India will next play in the 5th/6th place match on Saturday.