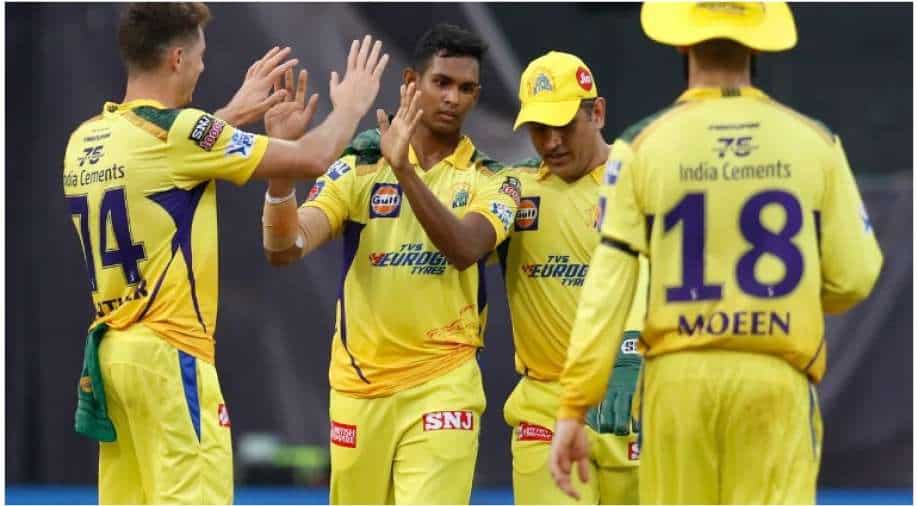 With yet another defeat, the Yellow Army have achieved a new low. They lost their ninth game in the season, which is the most for them in any IPL edition. MS Dhoni & Co. are also on the cusp of finishing at the bottom of the points table. Here's how:

MS Dhoni-led Chennai Super Kings' (CSK) IPL 2022 campaign has gone from bad to worse. After Ravindra Jadeja led them in the first eight games, the defending champions and four-time winners managed only two wins to start off on a poor note. While Dhoni took over the captaincy from Jadeja in the second half of their campaign, they have lost three and won only two games.

On Sunday (May 15), the CSK franchise locked horns with Hardik Pandya-led Gujarat Titans (GT) in the reverse fixture at the iconic Wankhede Stadium, Mumbai. Batting first, CSK managed only 133-5 and failed to defend the total as they lost by 7 wickets in the final over. With yet another defeat, the Yellow Army have achieved a new low. They lost their ninth game in the season, which is the most for them in any edition.

After the loss, Dhoni said at the post-match presentation,"To start off, batting first wasn't a really good idea. The fast bowlers ball wasn't coming on. That's why the batsmen found it tough to hit. The second half it got slightly better. Spinners I felt both halves it was pretty even. Bit more runs in the middle overs would have been good."

With another loss, CSK are also starring on the brink of attaining another unwanted feat. At present, Dhoni & Co. have 4 wins from 13 games and will play the one-time winners Rajasthan Royals (RR) on May 20 (Friday). On the other hand, Mumbai Indians (MI) occupy the bottom spot, just below CSK, with 3 victories from 12 games. Nonetheless, if MI win both their remaining fixtures, they can still avoid the wooden spoon as CSK might slip below MI if they go down to RR.