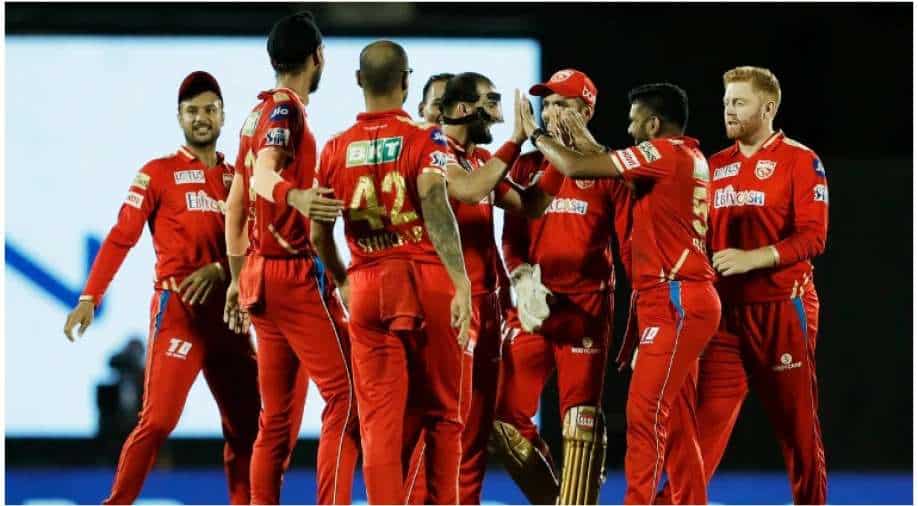 While a win would've taken RCB closer to the playoffs, they lost by a whopping 54-run margin in pursuit of a mammoth 210 as Punjab remain alive in the playoffs race.

Match 60 of the IPL 2022 edition saw the three-time runners-up Faf du Plessis-led Royal Challengers Bangalore (RCB) face the Mayank Agarwal-led Punjab Kings (PBKS). While a win would've taken RCB closer to the playoffs, they lost by a whopping 54-run margin in pursuit of a mammoth 210 as Punjab remain alive in the playoffs race.

Winning the toss, Fafd & Co. invited the Punjab XI to bat first at the Brabourne Stadium, Mumbai. The Punjab outfit were off to an electrifying start as Englishman Jonny Bairstow went bonkers from the word go. Shikhar Dhawan also contributed as the duo's 50-run stand came in no time. Josh Hazlewood, RCB's premier pacer this season, was hammered left, right and center as Punjab made full use of the powerplay overs. While Bhanuka Rajapaksha fell early, Bairstow was joined by Liam Livingstone, who anchored the innings after the former's dismissal for an impressive 29-ball 66. The middle overs have been the Achilles heel for Punjab as their batters tend to slow down and the same was witnessed Friday evening (May 13) but Livingstone's well-crafted 42-ball 70 propelled the one-time runners-up to 209/9 despite Wanindu Hasaranga's 2 for 15 and Harshal Patel's 4 for 34.

In reply, RCB were never in the run-chase. Virat Kohli came out to bat with a positive intent in a bid to move past his sluggish form. While he got a start, he soon perished off Kagiso Rabada's well-executed short-pitched delivery. Faf couldn't trouble the scorers whereas none apart from Rajat Patidar and Glenn Maxwell took Punjab bowlers to the cleaners. The duo's departure sealed the contest in favour of an inconsistent Punjab as Rabada's 3 for 21 and two scalps each from Rishi Dhawan-Rahul Chahar took Mayank & Co. to an easy win to stay alive in the playoffs race. They now have 12 points from an equal number of encounters with a healthy NRR (+0.023) as they move up to the sixth position.