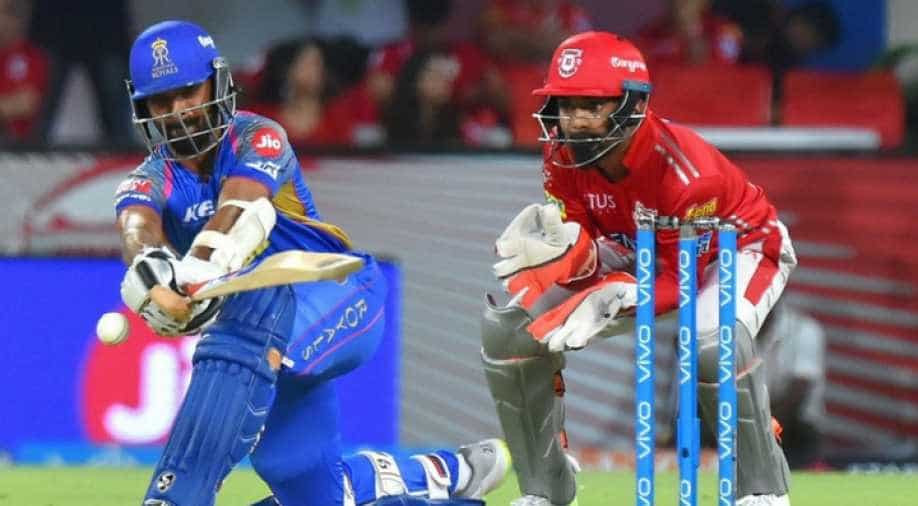 On Sunday, May 6, both the team met and Rahane-led Rajasthan faced a tragic defeat by 6 wickets.

The skippers, Ashwin and Ajinkya Rahane are not much experienced but both of them have a different set of ideas when it comes to leadership.

One hand, under the guidance of Ravichandran Ashwin team Punjab has become one of the top contenders for IPL 2018 trophy and Ajinkya Rahane-led Rajasthan have failed in all the departments.

Team Punjab is just one win away from the solidifying their place in the play-offs and if Rajasthan team manages to win tonight's clash than it will spark a fight for survival in the ongoing tournament.

Punjab is riding high on confidence with openers Chris Gayle and KL Rahul and the team will be able to dominate the struggling side Rajasthan, unless, Ajinkya Rahane plans and replicate something extraordinary against Punjab.

For Rajasthan, any combination has not worked out well, the team has struggled in all the departments. D'Arcy Short has not been able to perform and Ajinkya might replace him with Heinrich Klassen. Although, any change at this moment is very risky. On the other hand, Punjab's playing XI is massive currently.