Indonesia Open 2022: PV Sindhu crashes out of competition after R1 defeat vs China's He Bing Jiao 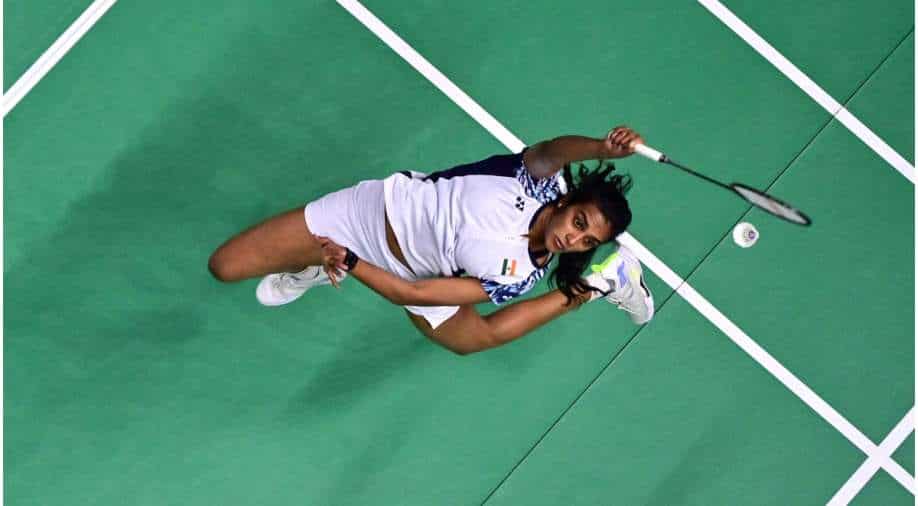 Indonesia Open 2022: PV Sindhu crashes out of competition in round 1 Photograph:( AFP )

Playing in court 1, PV Sindhu suffered a defeat to Bing Jiao by a margin of 21-14, 21-18. Jiao was extremely dominant in both the games, winning them both to seal the match.

Two-time Olympic medalist PV Sindhu crashed out of the ongoing Indonesia Open 2022 after suffering a loss to China`s He Bing Jiao in the first round of the women`s singles category in Jakarta on Tuesday. Playing in court 1, Sindhu suffered a defeat to Bing Jiao by a margin of 21-14, 21-18. Jiao was extremely dominant in both the games, winning them both to seal the match. On the other hand at court 1, the Indian duo of Ashwini Ponnappa and Reddy N. Sikki won against the India-American duo of Srivedya Gurazada and Ishika Jaiswal in the first round of the women`s doubles category.

Ponnappa and Sikki dominated the match, winning it within two games by a margin of 21-15, 21-8. In court 2, the Indian duo of Ishaan Bhatnagar and Tanisha Crasto lost to the duo of Chang Tak Ching and NG Wing Yung from Hong Kong in the first round of the mixed doubles category. The Indian duo lost the game by a margin of 21-14, 21-11 as their opponents dominated the match and won it within just two games.

Also, in court 3, India`s B. Sai Praneeth lost to Denmark`s Hans-Kristian Vittinghus in the first round of the men`s singles category. The Danish player completely dominated Praneeth, winning the game within just two games by margin of 21-16, 21-19. The second game was closely contested. The Indian duo of Attri Manu and B. Sumeeth Reddy also disappointed as they lost to the Japanese duo of Takuro Hoki and Yugo Kobayashi in the first round of men`s doubles category. Playing at the court 3, the Indian duo lost to their opposition by a margin of 21-8, 21-11. Hoki and Kobayashi dominated both the games. Tomorrow, Prannoy H.S, Lakshya Sen and Kidambi Srikanth will kick off their Indonesia Open 2022 campaigns.