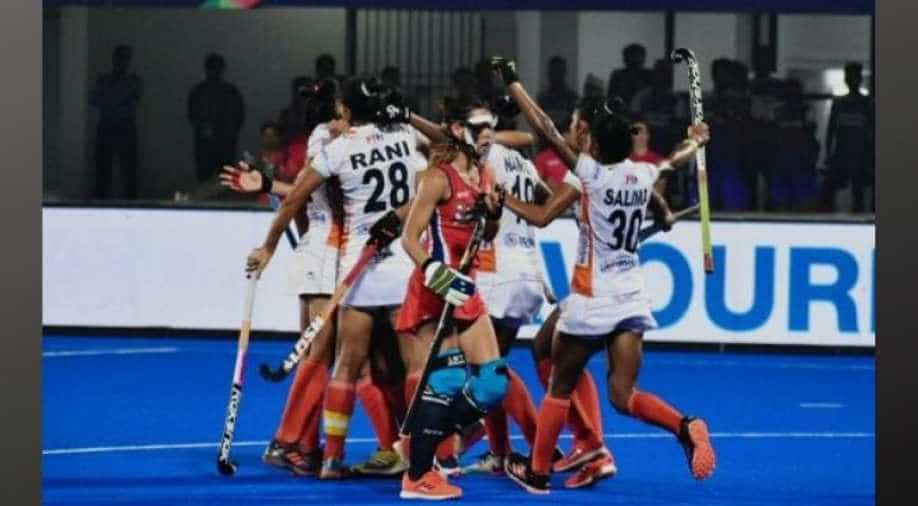 The game concluded with an aggregate score of 6-5 which enabled India to qualify for the Tokyo Olympics.

India women's hockey team sealed their berth in the Tokyo 2020 Olympics after defeating the USA in the qualifiers here on Saturday.

In the first leg of the qualifiers on Friday, India defeated the USA 5-1.

In the second leg of the Olympic qualifiers, the USA had the first sight of goal in the 5th minute of the match. Kathleen Sharkey then added another goal of the match when the game was in the 14th minute.

The USA continued its aggressive form in the game and just after six minutes, the team took their lead to three goals with the help of Alyssa Parker's strike.

Consolidating the USA's position further in the match, Amanda Magadan netted another goal, taking the scoreline to 0-4.

India scored a goal in the 49th minute, taking the scoreline to 1-4. The team then played cautiously and restricted the USA from scoring more goals.

Hence the game concluded with an aggregate score of 6-5 which enabled India to qualify for the Tokyo Olympics.