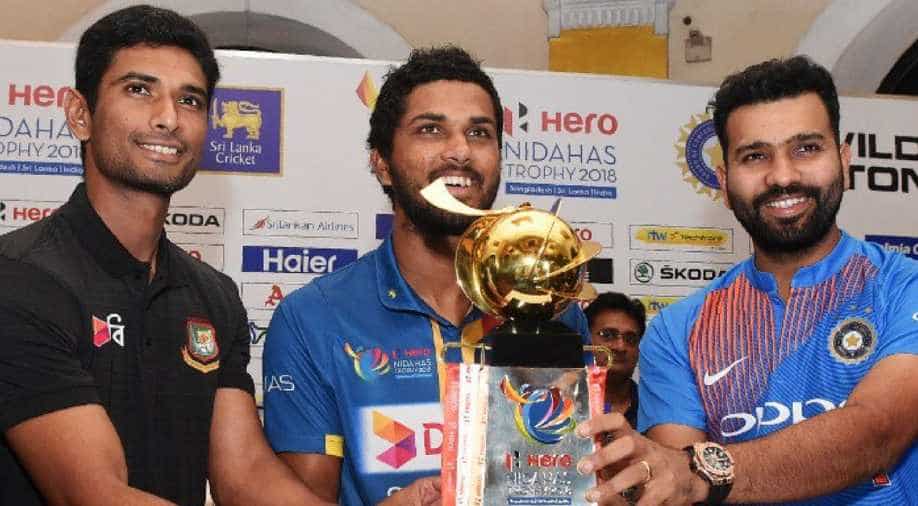 The Nidahas Trophy Twenty20 International tournament has been scheduled from March 6 to March 18 in Colombo, Sri Lanka. The first match will be played between India and Sri Lanka at the R. Premadasa Stadium on March 6, Tuesday.

That's what the three teams are playing for - The Nidahas Trophy which is all set to begin from the 6th of March 2018 #TeamIndia pic.twitter.com/MO8gGuTdWz

Even with India's selection having raised eyebrows, India is entering the tournament as a favourite to win the title though some of the star players have been dropped for the series like Virat Kohli, MS Dhoni, Hardik Pandya, Bhuvneshwar Kumar, Jasprit Bumrah and Kuldeep Yadav. In the absence of regular captain, Rohit Sharma is leading the squad of young buds.

"We won't label ourselves as favourites. The T20 format is unpredictable and you got to be on the money at all times. Both our oppositions are strong and we look forward to a good contest" - @ImRo45

Sri Lanka's record against India is woeful but the appointment of new head coach Chandika Hathurusingha has helped spark an upturn in fortunes.