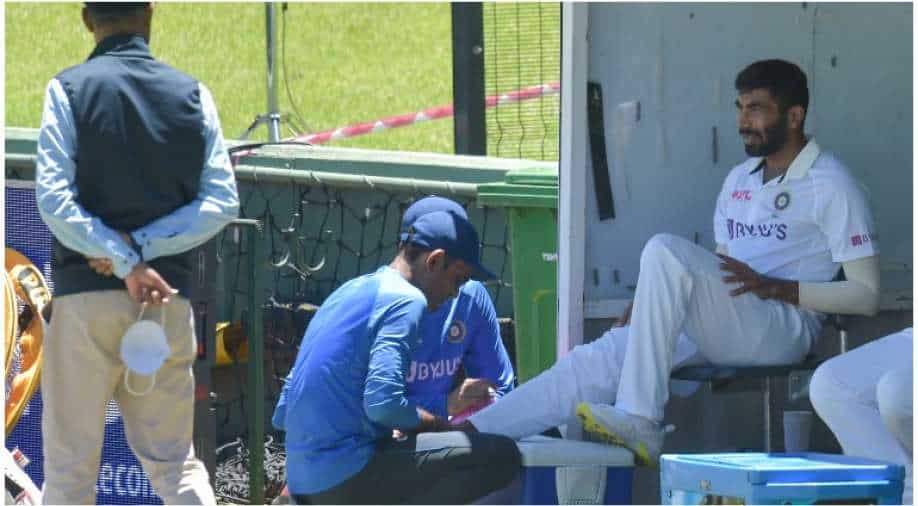 "Jasprit Bumrah has suffered a right ankle sprain while bowling in the first innings. The medical team is monitoring him at the moment. Shreyas Iyer is on the field as his substitute," tweeted BCCI.

The Board of Control for Cricket in India (BCCI) on Tuesday said that pacer Jasprit Bumrah suffered a right ankle sprain while bowling in the first innings of the ongoing first Test against South Africa here at the SuperSport Park, Centurion.

In the 11th over of South Africa innings, Bumrah left the field after twisting his ankle in the followthrough.India was bowled out for 327 in the first innings after Lungi Ngidi took a six-wicket haul. KL Rahul top-scored for the visitors as he played a knock of 123.