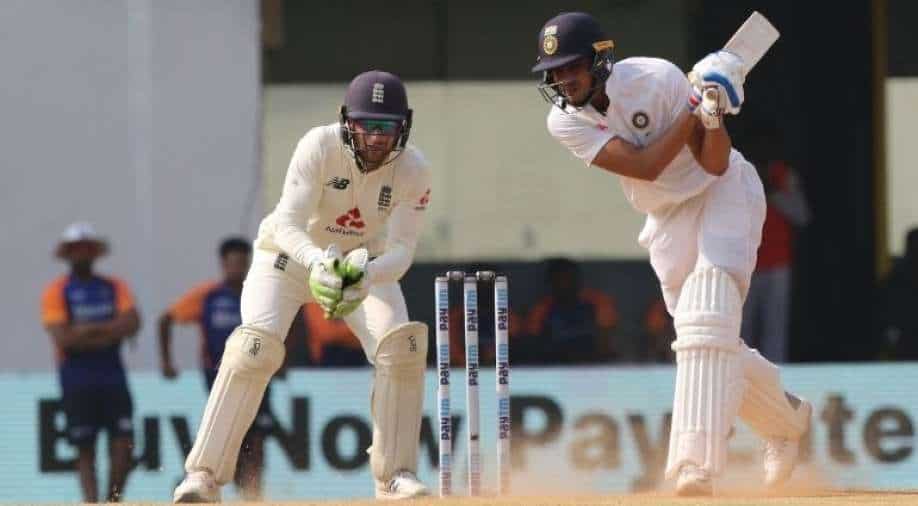 IND vs ENG, First Test: England go 1-0 up in the series as they beat India by 227 runs Photograph:( Twitter )

Kohli went on to talk about the body language of the team and said that it was not "up to the mark" during the first innings.

Visitors England registered a mammoth 227-run over hosts as James Anderson and James Leach produced great bowling spells to crumble  India's batting order on Day 5 of the first Test, taking a lead of 1-0 in the series.

Kohli went on to talk about the body language of the team and said that it was not "up to the mark" during the first innings.

India had already lost Rohit Sharma when Pujara and Gill came down to bat on Day 5 chasing 381 runs.  Despite a good start against the spin, the partnership was broken by a clinical spell by Jack Leach.

Skipper Kohli and Shubman Gill tried to stabilise the Indian innings. However, James Anderson's reverse swing removed to Indian batsmen in one over (Gill and Rahane) putting immense pressure on Indian captain.

Virat Kohli added the most runs to the scoreboard, he scored 72 runs in 104 balls before getting bowled by Ben Stokes. Gill was the only other batsman to score a half-century before a perfect in-swinger by Anderson crashed the stumps.

Kohli tried to hold on to the crease with Ravichandran Ashwin, however, the 50-run stand was broken by Jack Leach.

With this win, England go 1-0 in the four-match series against India.