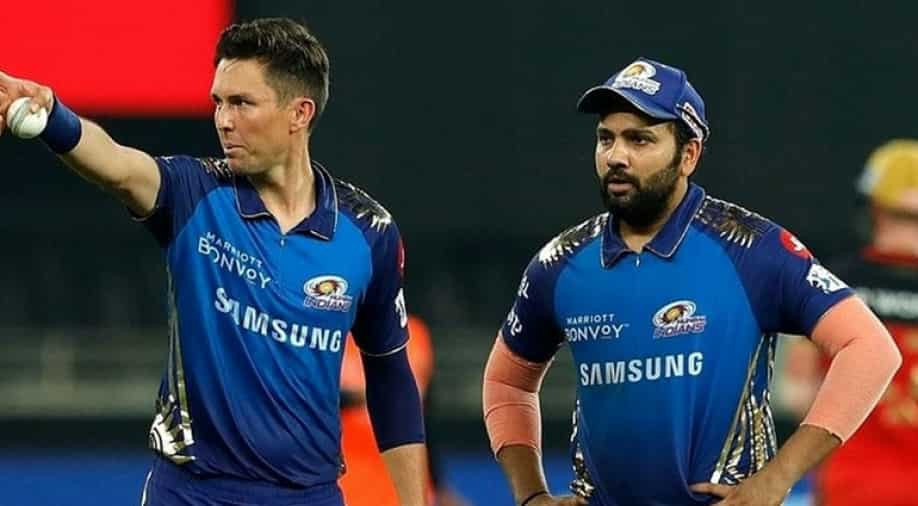 Board of Control for Cricket in India (BCCI) on Tuesday confirmed that the final two league matches of the IPL 2021 season will be played at 7:30 PM concurrently on October 08.

The Board of Control for Cricket in India (BCCI) on Tuesday (September 28) confirmed that the final two matches of the ongoing Indian Premier League (IPL) 2021 will be played concurrently at 7.30 PM IST in the United Arab Emirates. Confirming the change in schedule, BCCI stated that instead of having an afternoon game, both matches on October 08 will start at the same time.

The reason behind the board's decision to stage the two matches concurrently is not known yet. Mumbai Indians will take on Sunrisers Hyderabad in Abu Dhabi while Virat Kohli-led Royal Challengers Bangalore will be up against Delhi Capitals in Dubai on the final day of the league phase of IPL 2021.

SRH's clash against MI was scheduled to start at 3:30 PM in the afternoon as per Indian Standard Time, however, the game will now start at 7:30 PM IST. This will be the first instance when two IPL matches will be played simultaneously in the tournament's history.

"In a first for the IPL, the last two league matches before the VIVO IPL 2021 Playoffs will be played concurrently. On the last day of the league stage (08.10.2021) of the ongoing season, instead of having one afternoon match and one evening match, two matches (SRH v MI and RCB v DC) will be played simultaneously at 7.30 PM IST (6.00 PM GST)," BCCI said in a press release on Tuesday.

BCCI also confirmed that the media rights for the 2023-207 cycle will be tabled immediately after the two new teams are roped in for the 2022 season of the tournament. BCCI is all set to add two more teams to the IPL roster from the next season.

"The IPL Media Rights tender for the cycle 2023-2027 will be released immediately after the appointment of two new IPL teams which is scheduled to be announced on 25th October 2021," BCCI said in the release.

The final of the ongoing IPL 2021 is scheduled to be played in Dubai on October 15.