'If Virat is just a little bit selfish': Michael Vaughan on Kohli's form 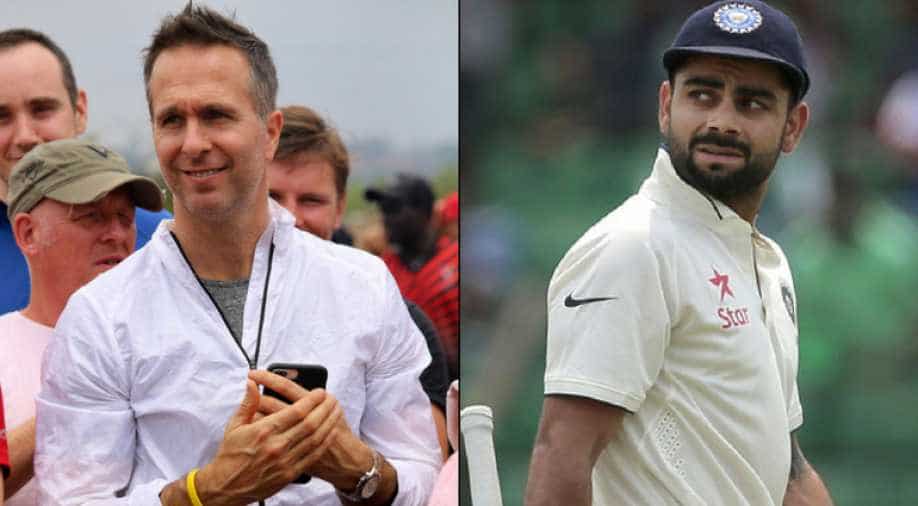 "I never get concerned with Virat's batting because he never looks, in terms of movements, that he is out of form."

Skipper Virat Kohli has been dismissed thrice on duck (twice in Test and once in the T20I match) in the on-going tour against England. Former England captain Michael Vaughan came up with advice for Virat Kohli to find a way to get back to scoring runs.

"For India to get those big scores, be really effective, and go on to win the T20 World Cup, it will serve the team better if Virat is just a little bit selfish. A little bit more selfish in the first few deliveries gives himself ten balls to get in. Even if he leaves out 3-4 balls in that, you know a couple of boundaries, and he will be on his way," Vaughan said on Cricbuzz.

"He doesn't seem like a character who would be too concerned (about his poor form). My advice would be to give himself more of a chance. Look at the way he got out today, trying to wack one away over mid-off early. I think he is a better player than that.

"I think he could give himself a few more balls. When you go through a period when it doesn't seem to be going your way, the best way to get out of that kind of run of low scores is just to stay out there and take up a few more balls. You know Virat Kohli would certainly catch up; he's got all the game and the skills to be able to do so," he added.

"I never get concerned with Virat's batting because he never looks, in terms of movements, that he is out of form.

"But something will be triggering in that mind that is quite not right at the minute, but he's only 10-15 balls away from being back to the Virat Kohli we know. He just doesn't have to take too many risks too soon when he goes out there in the middle," Vaughan signed off.

England are 1-0 up in the five-match T20I series against India after handing a crushing defeat to hosts by 8 wickets.