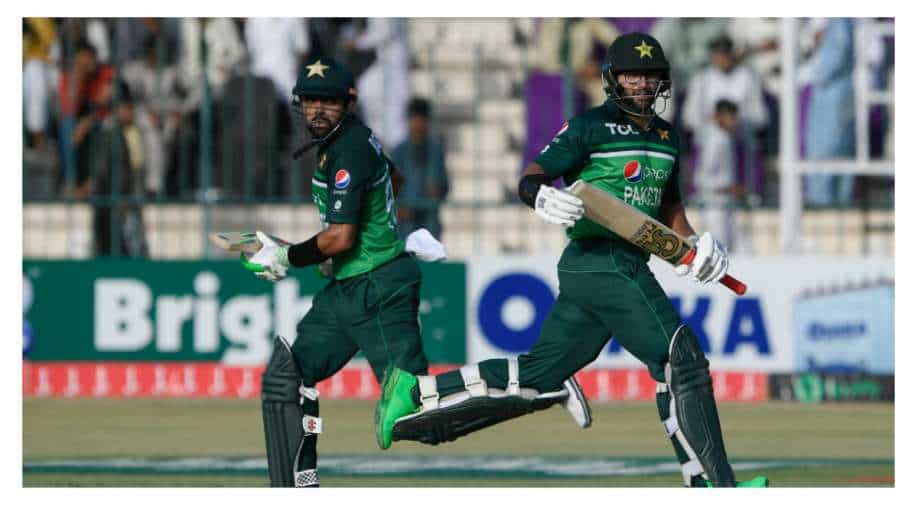 Virat Kohli, who was only second to Babar Azam in the rankings now sits at the third spot with 811 points, just above India`s current ODI captain, Rohit Sharma.

Pakistan opener Imam-ul-Haq has surpassed Virat Kohli to get to the second spot in the ICC One Day International Batter Rankings. The southpaw was earlier in third place in the rankings just below his captain Babar Azam and the former India skipper Virat Kohli. A brilliant performance in the home series has brought him four points clear of Kohli at number two, a career-best ranking for him. Imam inspired Pakistan to clean sweep West Indies 3-0 in the recent ODI series at home, smashing three half-centuries. His form was duly rewarded as he won the Player of the Series award and made a move on the latest rankings that were released on Wednesday.

The 26-year-old jumped a massive 20 rating points to move in front of Kohli and now has a career-best mark of 815 rating points. That is, of course, still well behind Babar`s mark of 892, with the Pakistan captain holding his massive lead at the top of the ODI batter rankings following his 17th ODI century in the first match against West Indies. Kohli, who was only second to Babar in the rankings now sits at the third spot with 811 points, just above India`s current ODI captain, Rohit Sharma.

There were some other minor moves in the top 10, with Aaron Finch going to ninth spot as his Australia team-mate David Warner dropped to 10th - while England`s Jonny Bairstow fell two places to eighth and South Africa`s Rassie van der Dussen hopped a spot to seventh.Pakistan pacer Shaheen Afridi jumped two places to fourth following his good series with the ball against West Indies. New Zealand fast bowler Trent Boult remains on top of the bowler rankings, but Australia seamer Josh Hazlewood and Kiwi team-mate Matt Henry are closing in after they jumped one spot to second and third respectively. England pacer Chris Woakes was out of the top five as he fell four spots to equal sixth, tied with Mujeeb Ur Rahman after the Afghanistan spinner rose two places.

In the ranking for all-rounders, the biggest mover is Oman`s Zeeshan Maqsood, jumping 13 places to 10th following a string of outstanding performances in the ICC Cricket World Cup League 2 action.The experienced 34-year-old scored an unbeaten century against Nepal earlier this month and then backed that up with a four-wicket haul with the ball in Oman`s match against the USA.