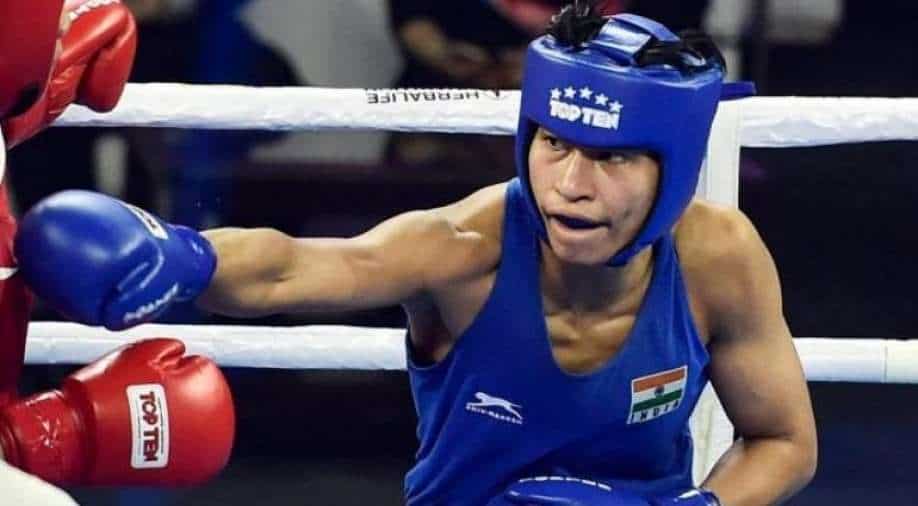 The 24-year-old star Indian boxer dished out a splendid show to secure a 3-2 win against the former world champion Chen Nien-Chin in the 70kg opening round bout.

Tokyo Olympics bronze medallist Lovlina Borgohain kickstarted her campaign on an impressive note by notching up a thrilling win at the 12th edition of the IBA Women`s World Boxing Championships in Istanbul on Monday. The 24-year-old star Indian boxer dished out a splendid show to secure a 3-2 win against the former world champion Chen Nien-Chin in the 70kg opening round bout. The Chinese Taipei boxer entered the match with a 3-1 head-to-head record. She had defeated the Indian in the 2018 World Championships semi-final.

On the other hand, Lovlina`s only win against Chen came in the 2020 Tokyo Olympics quarter-final enroute to her bronze medal-winning triumph. Both the boxers started off cautiously and maintained distance from each other. Making her first outing on the international circuit after heroics in Tokyo, the boxer from Assam showed no signs of rustiness and hit some timely punches. The intensely-fought second and final saw both the boxers exchanging heavy punches. Chen, who won gold and bronze medals in 2018 and 2016 respectively at the World Championships, tried attacking but the swift-moving Indian managed to block with a good defence technique and tilted the result of the nail-biting match in her favour.

Lovlina will take on Cindy Ngamba of the Fair Chance Team in the round-of-16 match on Friday. On the second day, Nitu, the lone Indian boxer in action, will begin her challenges in the 48kg opening round against Romania`s Steluta Duta. Four Indians--Shiksha (54kg), Manisha (57kg), Ankushita (66kg) and Nandini (+81kg)--have been handed a bye in their respective opening rounds.

With a record participation of 310 boxers from 73 countries across the world, this year`s event also marks the 20th anniversary of the prestigious event which will be played till May 20. In the last edition of the IBA Women`s World Boxing Championships held in Russia in 2019, the Indian boxers clinched one silver and three bronze medals. India`s tally of 36 medals, including nine gold, eight silver and 19 bronze, so far in the 11 editions of the tournament is the third highest after Russia (60) and China (50).