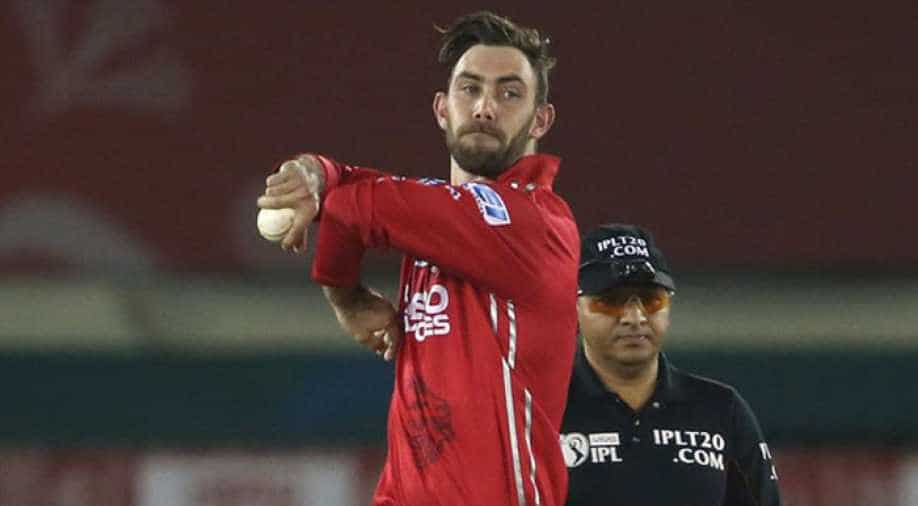 Despite his disappointing performance, Maxwell was only dropped in KXIP's final league stage match.

Australian all-rounder Glen Maxwell was dubbed as the most expensive flop in this year's Indian Premier League. He was bought by KXIP for a whopping Rs 10.75 crore.

Maxwell scored 108 runs in this tournament and failed to smash even one six, he only scalped 3 wickets in 21 overs he bowled. Despite his disappointing performance, Maxwell was only dropped in KXIP's final league stage match.

KXIP's Former Director of Cricket, Virender Sehwag, took a jibe at the Aussie and called him a "10 crore cheerleader". While speaking on his show, Viru ki Baithak, he said: "Glenn Maxwell. This 10 crore cheerleader proved very costly for Punjab. His IPL routine for the last few years has been of shirking from work but this season he broke that record as well. This is what you call a highly paid vacation."

The Australian has responded to former India and KXIP player's opinion. He told The West Australian: "It’s ok. Viru is pretty outspoken with his dislike of me, and that’s fine. He’s allowed to say whatever he likes. He’s in the media for such statements, so that’s fine. I deal with that and move on, and take it with a grain of salt with Sehwag."