Hockey World Cup 2018: India crash out after losing to Netherlands in quarter-final 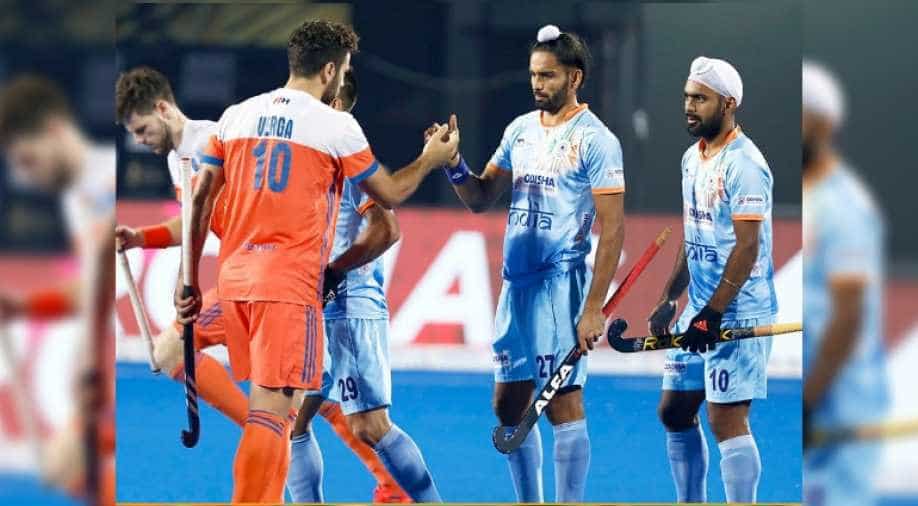 The Netherlands will clash with England in the semi-final.

India crash out of Men's Hockey World Cup 2018 after losing to the Netherlands in the quarter-final on Thursday at Kalinga Stadium and let history slip out of its hands.

The Dutch outplayed the hosts and defeated them 2-1 in a high-octane and neck-to-neck match.

The Netherlands will play against defending champions Australia in the semi-finals to a place in the finals.

The last time India won the world cup was in 1975.

Despite losing, Surender Kumar was given Player of the Match award for his splendid tactics.

India started on a high as Akashdeep Singh scored the first goal in the 12th minute to give India a 1-0 lead against the Dutch.

However, the gain was equalised within three minutes by Thierry Brinkman in the first quarter.

The crucial game entered in the fourth and final quarter with a 1-1 score but The Dutch came out with a plan in the fourth quarter and didn't give India any leeway into their citadel.

Mink van der Weerden scored in the 50th minute and claimed the lead through a Penalty Corner which proved decisive in the game.

The defeat ended India's long cherished dream of lifting the trophy only for the second time after its lone triumph in 1975 at Kuala Lumpur.

In search of a match-saving goal, India withdraw goalkeeper Sreejesh for an extra player but the move didn't pay any dividend.

Two minutes from time, Netherlands secured another penalty corner but the Indian defence, without a goalkeeper, did well to keep Netherlands at bay.

The hosts failed to get the equaliser as the packed stadium backed the Men in Blue until the very last second only to return home disappointed.

Netherlands will take on two-time defending champion Australia while Belgium will take on England on Saturday.