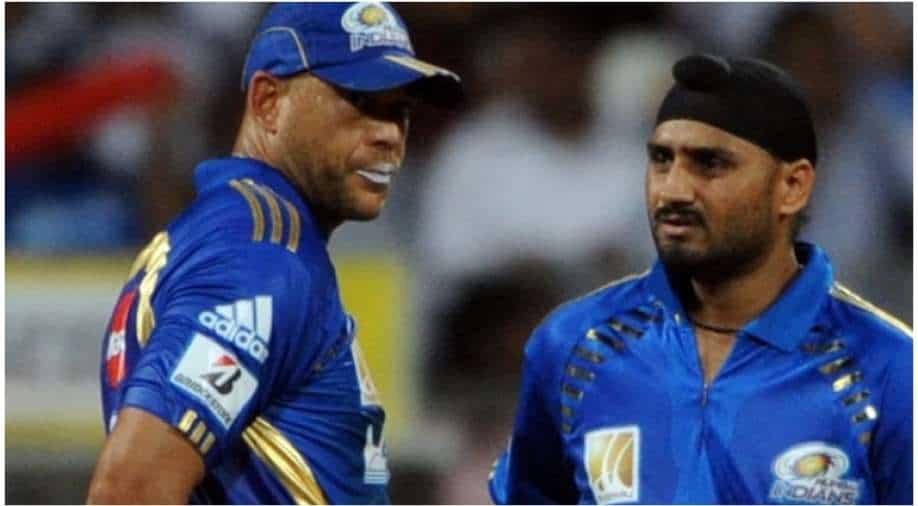 He was someone I could call at 2:30 am: Harbhajan recalls late friend Symonds Photograph:( AFP )

Harbhajan Singh recalled his late friend Andrew Symonds after the former Aussie all-rounder passed away in a car crash at the age of 46.

On Sunday (May 15), the cricketing fraternity woke up to devastating news from Australia that the country's former all-rounder Andrew Symonds passed away in a car crash, on May 14 (Saturday), at the age of 46. According to local reports, the former cricketer was the sole occupant of a vehicle that went off the road and rolled over 50KM outside Townsville. As per the Queesland police, a confirmed effort were made to bring him back to life but he succumbed to his injuries.

Thus, the whole cricketing community is in a state of mourning with the shocking death of Symonds, who represented Australia in 26 Tests, 198 ODIs and 14 T20Is. During his playing days, he was known for his fielding, all-round efforts and power-hitting for the Men in Yellow. While he also had some fierce rivalries with many opposition players, the one with ex-Indian off-spinner Harbhajan Singh was most-talked-about post the infamous Monkeygate scandal in 2008. Nonetheless, the two buried their differences and became good friends while playing for Mumbai Indians (MI) in the initial few years of the IPL.

Harbhajan, thus, recalled his late friend and told Star Sports, "Obviously we've had a lot of history. Thanks to IPL and Mumbai Indians for putting both of us together in one dressing room. And once I got to know such a lovely human being and we became very good friends." He further asserted, "We used to sit together, have a drink, laugh, share a lot of stories. He was someone who I could call at 2:30 in the morning and say ‘hey mate, what are you doing, what are you up to, lets meet' and he would be up for it."

"I woke up this morning and saw my phone and I was shattered with this news that Andrew is no more. I still can't believe Andrew is no more because he's such a strong guy and whatever has happened is a very sad thing. My condolence to his family and friends and it's a loss for all of us,” added Harbhajan.

Just a few months back, Australian cricket had also lost one of its superstar cricketers in the form of Shane Warne. With Symonds' passing away, world cricket has become poorer and remains in utter disbelief. The former cricketer was also part of Australia's 2003 and 2007 ODI World Cup triumphs.