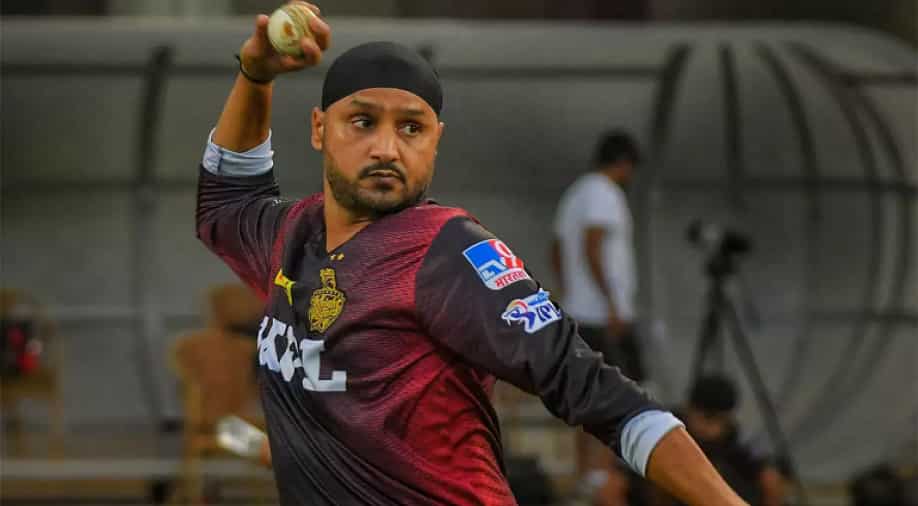 Harbhajan Singh is likely to join the support staff of an IPL team. | @KKRRiders | Photograph:( Twitter )

Veteran Indian spinner Harbhajan Singh is likely to announce his retirement from all forms of cricket next week and is reportedly set to join the support staff of a high-profile IPL team.

Veteran Indian spinner Harbhajan Singh is likely to announce his retirement from all forms of cricket next week. Harbhajan last played for Team India in October 2015 and has since been plying his trade in the Indian Premier League (IPL). He is yet to announce his retirement from international cricket despite not having been part of the national team for more than six years now.

However, as per a report in PTI, Harbhajan has now decided to hang up his boots and is expected to be seen in a completely new role in the IPL from next season. Harbhajan has a couple of offers from IPL franchises to join their support staff as a mentor, consultant or part of the advisory group. He is likely to announce his retirement next week.

Harbhajan had featured for Kolkata Knight Riders (KKR) in the last season of IPL this year where he played a few games in the first leg of the edition in India. However, he didn't make the cut into playing XI in the second leg of the tournament in the UAE. The 41-year-old has decided to quit cricket and take up a coaching role.

"The role could be that of a consultant, mentor or part of the advisory group but the franchise with which he is talking are keen to use his vast experience. He will take active part in also helping the franchise decide on their auction picks," an IPL source, privy to the development was quoted as saying by PTI.

Also Read:  'We were in a state of shock for days': Ravi Shastri reveals lowest point for him as India head coach

Harbhajan was roped in by KKR for Rs 2 crore (INR 20 million) in the auction ahead of the 2021 season. He played a mentor's role at the franchise and worked with the likes of Varun Chakravarthy and Venkatesh Iyer among others. The veteran spinner was part of the Chennai Super Kings and Mumbai Indians before his stint with KKR and remained keen on mentoring youngsters during his stints with both teams.

Harbhajan is reportedly in negotiations with one of the franchises who have offered him to join their support staff and will be making an official announcement once the deal is done. The veteran spinner played 103 Tests, 236 ODIs and 28 T20Is in his international career, picking up 417, 269 and 25 wickets in the three formats respectively.

He has also been one of the leading wicket-takers in the IPL with 150 wickets to his name in 163 games in the T20 league.