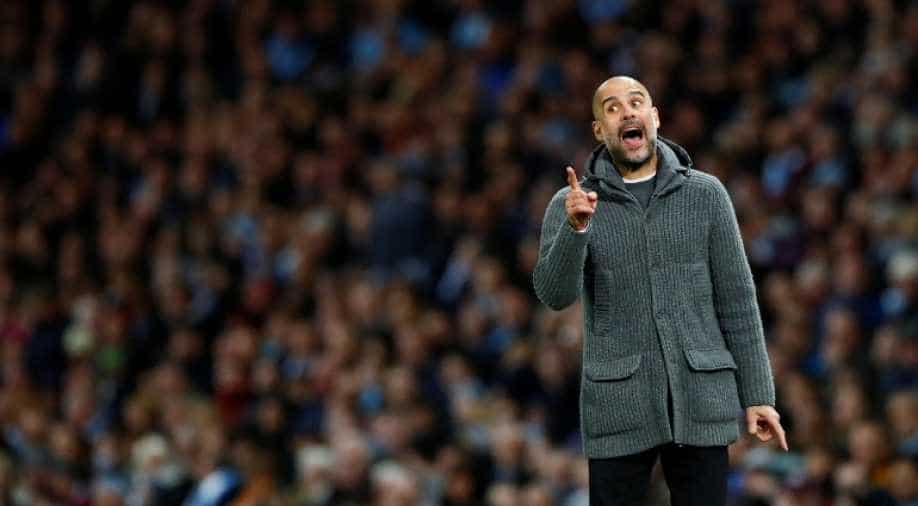 Manchester City manager Pep Guardiola took a swipe at Arsenal on Monday by admitting he does not respect them off the pitch.

Manchester City manager Pep Guardiola took a swipe at Arsenal on Monday by admitting he does not respect them off the pitch.

Guardiola's side were knocked out of the FA Cup at the semi-final stage by Arsenal on Saturday as the Gunners won 2-0 at Wembley.

Guardiola was impressed by Arsenal's play under his former assistant Mikel Arteta, but he made a distinction in his thoughts about the north London club when it comes to their approach away from the pitch.

Guardiola's anger with Arsenal is thought to come from the role they played in the group of eight Premier League clubs perceived to have turned on City during their successful appeal against a two-year Champions league ban.

The group wrote to the Court of Arbitration for Sport (CAS), to try to ensure any attempt by City to delay their two-year ban while their appeal was ongoing was dismissed.

City had their ban overturned by CAS earlier this month, but Guardiola told reporters: "The opponents always deserve my respect and credit, and Arsenal, they have it.

So I congratulate them and good luck against Chelsea in the final."

Meanwhile, Guardiola says he is "optimistic" as City prepare to resume their bid for Champions League glory against Real Madrid.

City will host the Spanish champions in the second leg of their last 16 tie on August 7.

Guardiola's side hold a 2-1 lead from the first meeting in Madrid in February.

City only have two Premier League games to play before the visit of Zinedine Zidane's men.

They were well below their best against Arsenal but Guardiola pledged to learn from that performance and is confident his team will be ready for Real.

"Part of the good work Arsenal have done, I give them a lot of credit for, what they did, how good they defended," Guardiola told reporters on Monday.

"We didn't do it properly. We had enough chances to score goals and we didn't do it. I just congratulate them, learn from this and prepare for Madrid. We move forward, it's forgotten.

"Now we are incredibly excited and incredibly optimistic about the game against Madrid, for the players we have.

"We know if we play at a decent level, higher than we played against Arsenal, we'll have our chance. If not, we'll be out."

Next season will be Guardiola's fifth at City, meaning he will have stayed at the club longer than his previous jobs at Barcelona and Bayern Munich.

"I've never been five years in one club, to see if we will be able to maintain the levels that we have in the previous seasons," he said.

"In one world where everyone sacks everyone, for managers to keep doing the same job for a long time is so difficult. To be in a fifth season makes me so proud."