From 1947 to 2018: Evolution of cricket in India post-independence 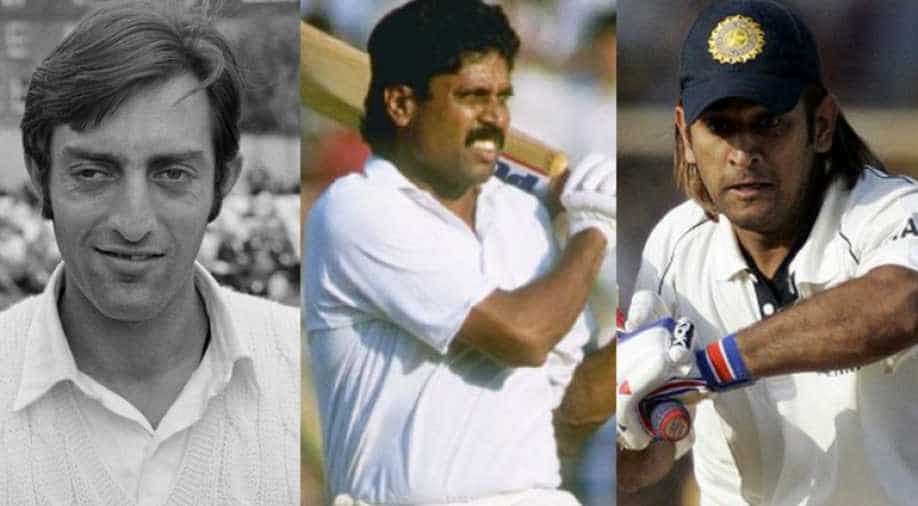 India was ruled by Britishers nearly 200 years before it gained complete independence in the year 1947.

As India was coming out of the clutches of British rule, there was one common thing between the two nations- Cricket.

So today, on the occasion of the 72nd Independence Day, let's take a look at how cricket evolved in India.

Cricket took its time to stand as one of the popular game in the country. It took 20 years for India to register their first Test victory. The iconic moment came in 1952 against England only, when the team led by Vijay Hazare demolished the English side by an innings and 8 runs with Vinoo Mankad picking up 12 wickets.

It was the first time that India also drew the 5-match series 1-1.

Under the leadership of young Tiger Pataudi, Indian cricket team defeated New Zealand by 5 wickets at Dunedin in 1968. It was not only India's first Test win in New Zealand but also on foreign soil.

Two years later, the Men in Blue registered their first series victory on foreign soil on the 1970-71 tour of West Indies where they won the five-match series by 1-0.

The series is also remembered as Sunil Gavaskar made an impressive debut by scoring 774 runs in the series against the fearsome Windies pace attack.

By this time the world knew that India is a cricket growing country and has potential players to give tough competition. But what followed next was something which nobody had ever thought and is considered as the turning point of Indian cricket.

In 1983, it was the 3rd edition of the Cricket World Cup tournament held from 9 June to 25 June 1983 in England and Wales. Under the captaincy of Kapil Dev India stunned the world by beating defending champions West Indies in the final of Prudential Cup.

Two years later, in 1985, the World Championship of Cricket was held in Australia to commemorate 150 years of European settlement in Victoria. India defeated arch-rivals Pakistan in the final to lift the trophy. Current Indian cricket team coach and former player Ravi Shastri was adjudged the Player of the Series, which was at the time called 'The Champion of Champions' for his all-round performance of 182 runs and 8 wickets.

For India, that was the decade that began the love affair with one-day cricket. Cricket in Sharjah, with celebrities, former cricketers and match-fixers in attendance, became a biannual affair.

In the Test arena, India moved on from the famed spinners of the 1960s and ’70s, and the batting bid adieu to Gavaskar in the spring of 1987.

His last stand was a breathtaking 96 in Bangalore. India lost, and but for a 2-0 victory in England in 1986, there was little to savour in that decade.

By that time, the God of Cricket Sachin Tendulkar had emerged and was inducted in the Indian team. Tendulkar, who took up cricket at the age of eleven, made his Test debut on 15 November 1989 against Pakistan in Karachi at the age of sixteen.

Despite, such a class in the batting lineup, India won just two matches at the 1992 World Cup and lost to Zimbabwe in England in 1999. Sandwiched in between was another home World Cup, which saw Tendulkar top the run charts, but India well-beaten by the genius of Sri Lanka's Aravinda de Silva in a Kolkata semifinal.

After the phase, many great crickets like Mohammad Azharuddin, Rahul Dravid, Sourav Ganguly, Virendra Sehwag, Anil Kumble, VVS Laxman and Yuvraj Singh were introduced and created their niche in the world cricket.

But what was missing was the win of another World Cup, which finally saw the light when India won the tournament, defeating Sri Lanka by 6 wickets in the final at Wankhede Stadium in Mumbai.

It was another revolution as Dhoni, who captained the Indian national team in limited-overs formats from 2007 to 2016 and in Test cricket from 2008 to 2014, was regarded as one of the greatest Captains of all times.

However, the game was also marred with many spot-fixing cases, especially in IPL.

But, flaws and all, Indian cricket is in rude health. Currently led by Virat Kohli, there are many more revolutions and records to be registered.