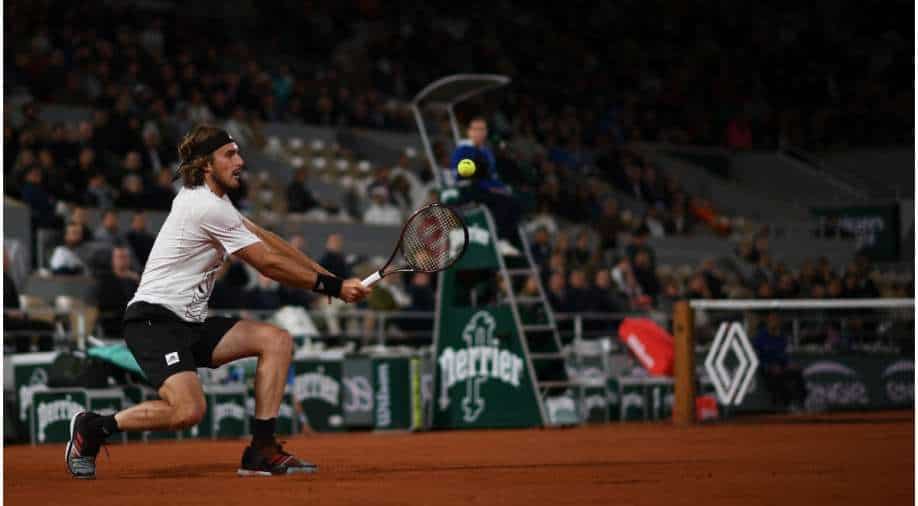 World No. 4 Stefanos Tsitsipas of Greece rallied from two sets down against Italy`s Lorenzo Musetti and advanced to the second round of the French Open with a 5-7, 4-6, 6-2, 6-3, 6-2 win at the Philippe-Chatrier arena.

"Things don`t come easy. I refuse to give up. That`s simply how it works with me," Tsitsipas said after the match, which ended past midnight. "You never really think about getting back after being two sets to love. You just play it point after point. You just wish that your efforts will pay off on a longer scale, longer run," the Greek was quoted as saying by atptour.com.

"Being in that situation... it`s a mountain that you have to climb, and I was able to climb it and regain the momentum steadily, but consistently," he added.

This is the second time in less than two years that Tsitsipas has produced a great escape in the opening round in Paris. He also came back from two sets down against Jaume Munar of Spain in September 2020 in the rescheduled edition of the clay-court Grand Slam. Tsitsipas repeated the feat against Rafael Nadal at the 2021 Australian Open.

The 20-year-old Musetti also had tournament favourite Novak Djokovic on the ropes for the second straight year at the French Open in 2021. He won two tie-breaks to take control against the Serb in the 2021 fourth round, but faded late in the match. Djokovic went on to win at Roland Garros that year.

"He`s fighting. He`s a talented player that has a very nice one-handed backhand. He knows the game on clay. He has grown up playing (on) these courts," Tsitsipas opined. "He`s definitely a difficult opponent to face in any circumstance, really.

"Once I really found my momentum on the serve, my routines and everything, I knew that it can be a different match," Tsitsipas said. "I felt like I was serving better than him, creating more opportunities with my serve, pressing more. It would have been kind of not fair from my perspective to have a different outcome."