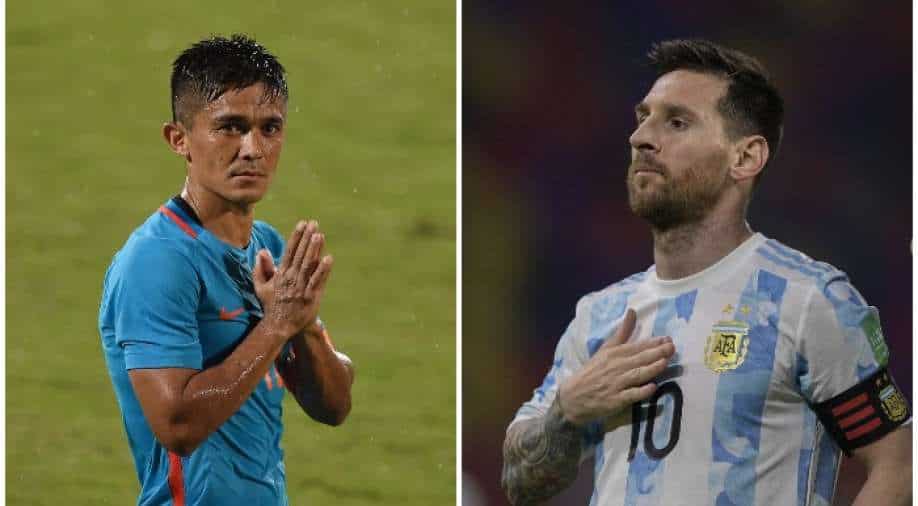 The veteran Indian forward helped India register their first win in six years in World Cup qualifiers as he bagged a brace against Bangladesh to help India win 2-0. Chhetri now stands behind Portugal’s Cristiano Ronaldo (103) in the list of active international goal-scorer.

Chhetri leads the Barcelona ace by two goals and sits a spot above UAE’s Ali Mabkhout, who is third in the list with 73 goals under his belt. While Messi had scored his 72nd international goal for Argentina in a World Cup qualifier against Chile, Mabkhout netted a goal against Malaysia.

Chhetri scored the first goal with a thumping header against Bangladesh at the Jassim Bin Hamad Stadium on Monday and then sealed India’s win by sending the ball to the top corner in added time.

This was India’s first win in World Cup qualifiers away from home in 20 years. India are now sitting third in Group E with six points in the game. However, they are out of qualification contention for 2022 FIFA World Cup, but they will try qualify for the Asian Cup in China.

The Indian skipper is additionally a goal away from entering world football’s all-time top 10 goal-scorer.