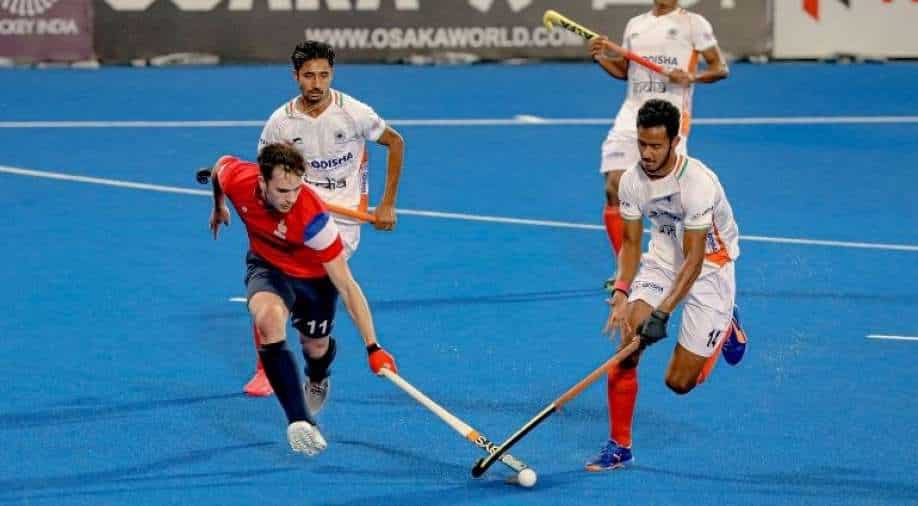 This was India's second loss to France in the tournament as the two teams opened their campaign against each other in the showpiece on November 24 in a hard-fought match that France won 5-4.

France defeated hosts India 3-1 in the third-place match of the FIH Men's Junior Hockey World Cup 2021 in Bhubaneshwar on Sunday.

For France, Timothee Clement was the star of the evening, as their captain scored his fourth hat-trick of the tournament. He ended the Junior World Cup with 14 goals against his name. Sudeep was the lone goalscorer in the match for India.

This was India's second loss to France in the tournament as the two teams opened their campaign against each other in the showpiece on November 24 in a hard-fought match that France won 5-4.

📸 | Moments from an exciting game against France 💙❤️

Starting the match, India were aggressive and gave France defence some hard time. Araijeet Singh Hundal won an early penalty corner but the drag-flick from vice-captain Sanjay was saved brilliantly.

Hundal again gave the French backline some headache after the forward struck the post. After that France team changed the flow of the match by winning three PCs on the trot but nothing really came out of it.

With momentum on their side, the European team completely pinned back India in their own half in the second quarter.

Shardanand Tiwari soon received a green card as a PC was given to France and captain Timothee Clement made no mistake as he converted the opportunity into a goal for his team.

After a series of early penalty corner saves in the second half by Indian goalkeeper Pawan, Clement doubled the lead of the France team through PC.

With less than five minutes to go in Q3, Sudeep superbly controlled a bouncing ball and lobbed over the French goalkeeper as India pegged one back.

The fourth quarter started swiftly as Clement claimed his fourth hat-trick of the tournament and restored France's two-goal lead. India who seemed over-dependent on PCs all evening had no response to France`s tactics as the European team ended on the podium.