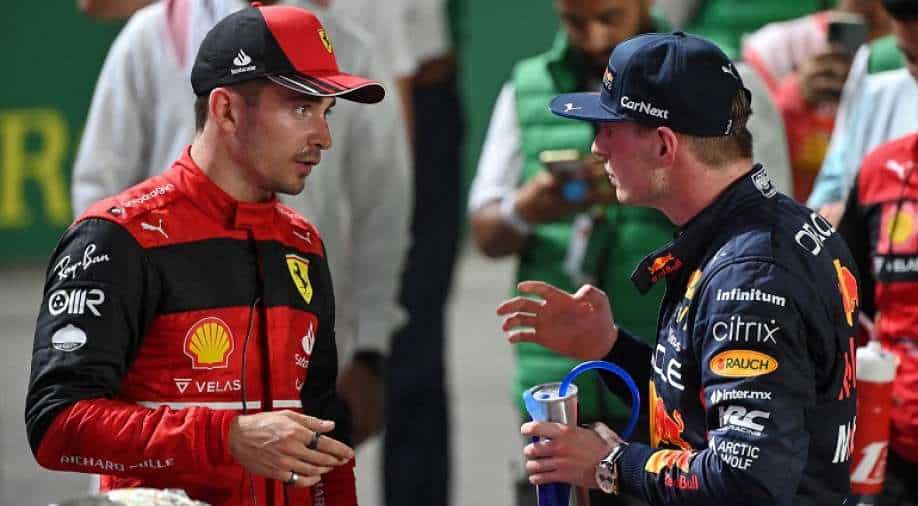 Formula One set for talks after the Saudi Arabian Grand Prix went ahead as planned despite a rocket attack, claimed by Houthi rebels, on an oil facility less than 10 miles from the circuit during Friday's opening practice session.

Formula One has plenty to discuss after a Saudi Arabian Grand Prix weekend that raised questions about the race's continued presence on the calendar.

An attack on an oil storage facility near the track by Yemen’s Iran-backed Houthi group last Friday cast doubt on Sunday's race, with drivers meeting for more than four hours to consider their stance.

The sport eventually decided collectively to carry on after receiving security assurances from Saudi authorities.

While Sunday served up a riveting floodlit spectacle around the thrilling Jeddah Corniche track, there was acknowledgement that Formula One needed to assess its newest fixture.

"I don't want to go too much into details on this subject now, but it's definitely a discussion that we should have after this race, once everything calms down," said Ferrari’s championship leader Charles Leclerc.

"I think after this weekend, all the drivers also together, we will speak with F1 and of course also the team bosses to see what`s happening for the future,"

Red Bull's world champion and race winner Max Verstappen added.
Drivers also had reservations about the track, with its blind, high-speed sweeps and flat out straight stretches along the Red Sea.

Organisers made changes to, among other things, improve driver sight lines for this year’s race after the first last December.

But a heavy crash for Mick Schumacher’s Haas in qualifying underlined the perils.

"I think it's definitely the most dangerous place in the calendar," Red Bull’s Sergio Perez said shortly after taking his first career pole.

Ferrari’s Carlos Sainz added: "When you see an accident like Mick’s (it) gives us a bit the tranquillity that even at those speeds the car is protecting you because the (governing) FIA has done a great job in giving us very safe cockpits.

“But at the same time, is it really worth it?”

Saudi Arabia has signed a 15-year deal to host a race, with the fees contributing significantly to the bottom line for Formula One's owners Liberty Media.

The grand prix also reflects the Middle East’s growing profile and influence within the sport, with state-owned energy giant Aramco a major F1 sponsor and joint title partner of the Aston Martin team.

Sunday’s event was the fifth in a row in the region which will again have four races on the calendar in 2023 when Qatar returns after hosting the soccer World Cup.

Neighbouring Bahrain played host to the official pre-season test and the season-opener on March 20.

Formula One argues, in the face of criticism from human rights groups, that it can act as a force for change in the region.

"Does Saudi Arabia and some of the other Middle Eastern countries share the same values and culture as we do in Europe? They don’t," said Mercedes team boss Toto Wolff.

"Can we by coming here put the spotlight into this place... therefore making it a better place? I still think so.”