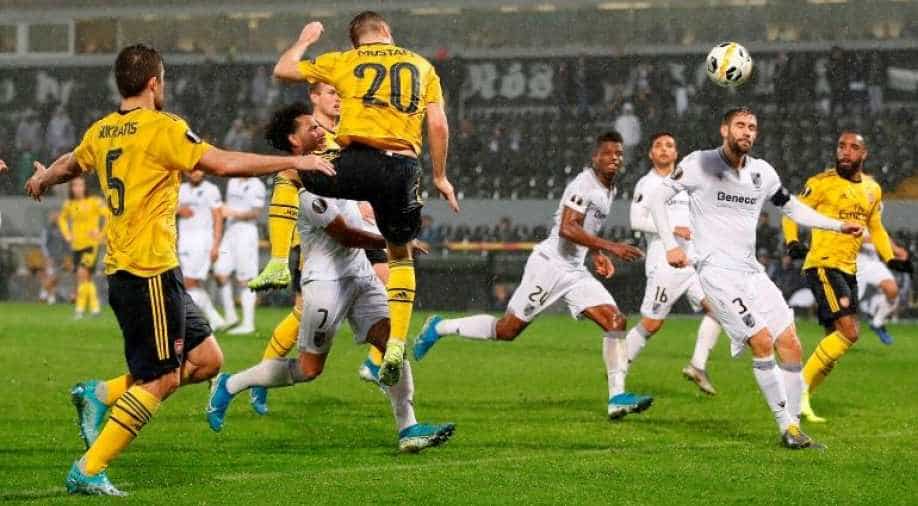 The English team still top the group standings on 10 points.

Arsenal conceded a stoppage-time equaliser as they were held to a disappointing 1-1 draw at Portugal's Vitoria Guimaraes in Europa League Group F on Wednesday.

The Premier League club looked to be on course for victory when defender Shkodran Mustafi headed home Nicolas Pepe's 80th-minute free-kick but Bruno Duarte struck from close range to end Arsenal's 100 per cent record in the group.

Arsenal's fourth consecutive draw in all competitions will increase the pressure on manager Unai Emery following a difficult week in which Granit Xhaka was also stripped of the captaincy.

The English team still top the group standings on 10 points and will qualify for the last 32 of Europe's second-tier club competition if Standard Liege lose to Eintracht Frankfurt on Thursday.