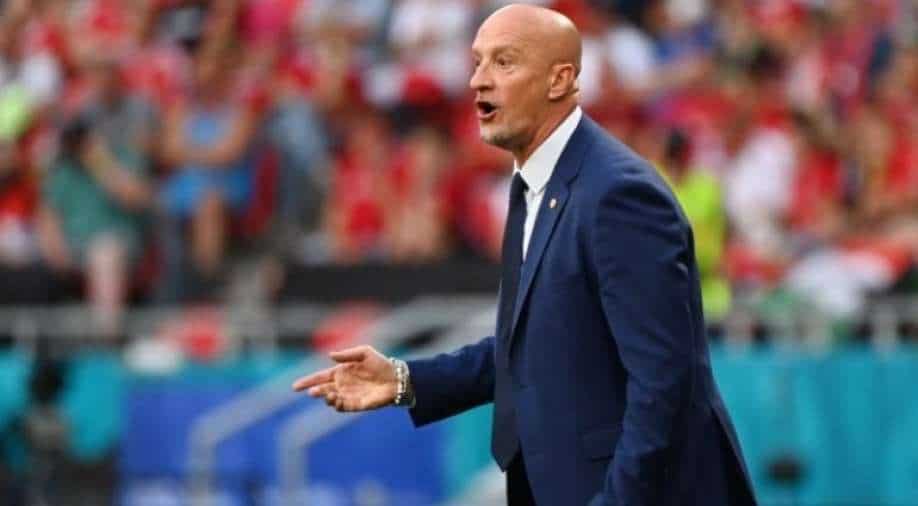 Rossi added that against such teams luck needs to be on Hungary`s side to achieve a surprise.

Hungary will leave everything on the pitch against world champions France in their Group F match on Saturday in Budapest, coach Marco Rossi said, noting wryly that the French team is worth 15 times more than his side.

"Of course if their squad are worth 900 million euros and we are only worth 60 million cumulatively, then we might actually see that difference on the pitch," Rossi told a press conference.

Hungary are the underdogs in a "Group of Death" with France, Germany and Portugal. They had been holding defending champions Portugal to a goalless draw until the 84th minute in their opener on Tuesday, only to concede three goals in the closing minutes.

It will likely stick to its customary defence-heavy tactics against another team boasting a world-class attacking line, Rossi said.

"When you come up against... players with so much pace on their side, pressing them high will afford them space behind, so you don`t want to stretch the pitch and have space between the different areas.

"If we set up in one way against Portugal it`s more than likely we`ll be in similar fashion against France," he said. "We need to produce a perfect performance form every perspective."

Rossi added that against such teams luck needs to be on Hungary`s side to achieve a surprise.

"We need to make sure, or hope, that France are off their game tomorrow," he said. "We would love to get a good result but I am even more interested in continued progress."

Hungary is widely considered a tough opponent even for top-class teams, with a solid defence and counter-attacks capable of surprising anyone - a far cry from much weaker teams in recent decades.

Rossi said his side, although unlikely to advance, must give their all against a French team that may well rest a few players in preparation for a deep run, possibly all the way to the finals.

He also said that even though the weather is expected to be extremely hot, the team must not allow themselves to succumb to fatigue.

"We need to run more without the ball than them," Rossi said of the expected French possession superiority. "This is going to be more difficult in the heat, so we need to make sure we run intelligently."

"We can`t be tired after just four days. We did everything to be rested... No excuses, no ifs, no buts, we are here and we will go out there, and there is no such thing as fatigue."