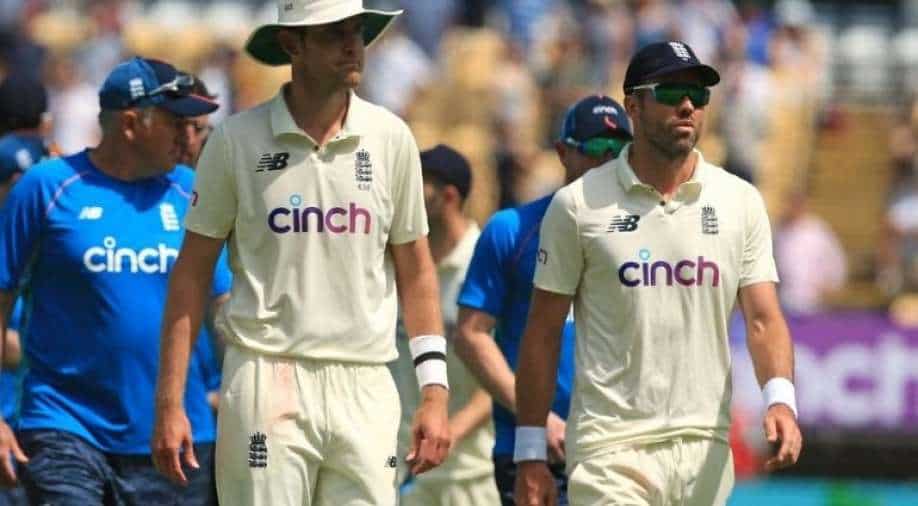 James Anderson and Stuart Broad were overlooked for England`s tour against West Indies earlier this year as selectors instead opted to provide greater opportunities to the next generation of pace bowlers.

Newly-appointed England captain Ben Stokes has indicated that pace-bowling stalwarts James Anderson and Stuart Broad will make a quick return to the Test squad for the three-match series at home against New Zealand starting on June 2 at Lord`s. Anderson and Broad were overlooked for England`s tour against West Indies earlier this year as selectors instead opted to provide greater opportunities to the next generation of pace bowlers. England fell to a 1-0 series defeat against West Indies during the series and star batter Joe Root stood down as skipper shortly after the team returned home.

England have since confirmed Rob Key as the new managing director of their men`s team and appointed Stokes as Test captain, with the short-term future of their two leading wicket-takers now looking rosier ahead of a busy summer schedule. Speaking for the first time since his appointment as captain on Tuesday, Stokes said he wants to bring a winning culture back to England and that he plans to have Anderson and Broad by his side this summer. "I want to win games of cricket for England. The best way to do that is picking your best XI and in my opinion if Stuart Broad and James Anderson are fit they are available for selection."ICC quoted Stokes as saying.

Stokes indicated he would have a major say in deciding who would be appointed vice-captain of the Test team but swiftly ruled out Root as an option to take up the key role as deputy."I want selfless cricketers who make decisions based on winning the game of cricket for England. At the end of the day the most important thing is winning. I want to be part of a team that has that real mentality, that doesn`t take a backwards step," Stokes added.