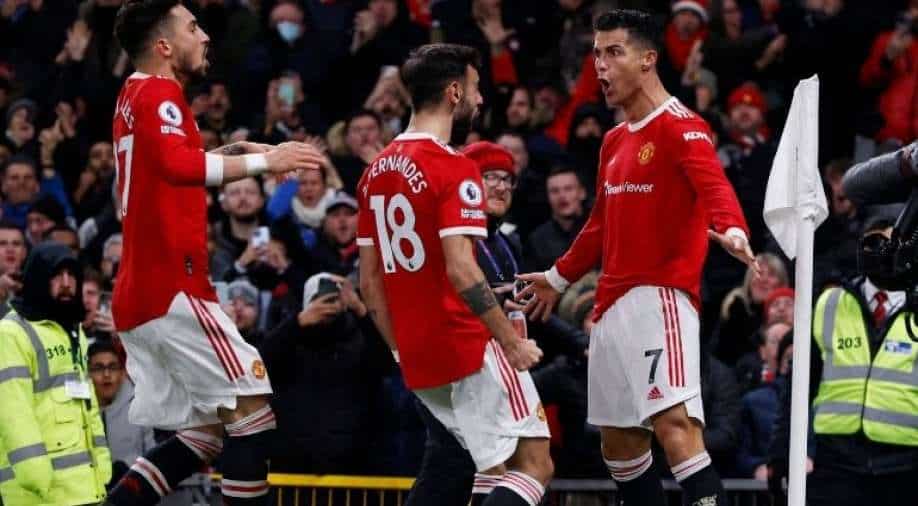 Arsenal took the lead in bizarre fashion in the 13th minute when from a corner United keeper David De Gea went down clutching his foot after he was stood on by teammate Fred and Emile Smith Rowe drilled a shot into the unguarded goal from the edge of the box.

As referee Martin Atkinson had not blown his whistle before the ball went into the net and no foul had taken place, the goal stood.

United drew level a minute before the interval through a Bruno Fernandes strike and took the lead in the 52nd minute when Ronaldo converted a low cross from Marcus Rashford for his 800th goal.

The Gunners struck back quickly through Martin Odegaard but Ronaldo got the winner from the penalty spot after Atkinson went to the pitchside monitor and ruled that Fred had been brought down by Odegaard.